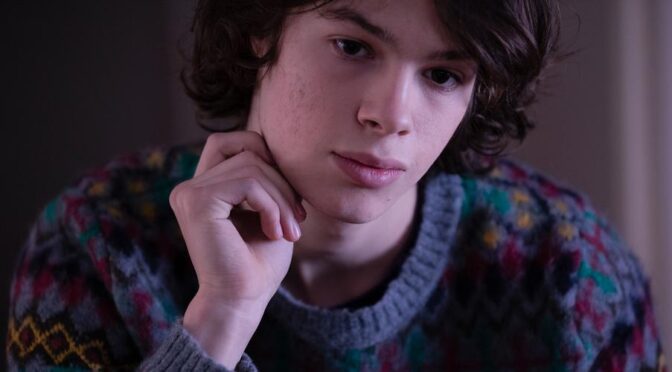 “Nothing can go back / to when the sea was calm” plays Conchiglie, the second song by Andrea Laszlo de Simone to take centre stage in a film at the 40 th Turin Film Festival, after Immensità heard in Bertrand Bonello’s Coma. The life of the young high school student Lucas is shaken by the sudden death of his father (played by Honoré himself), which unleashes a shockwave capable of straining the family’s resilience and bringing to the surface long-suppressed grey areas.

The elaboration of mourning is mixed with the search for identity and, as always in the French director’s works, with the presence of a body full of desire, poised between giving itself to others and rejecting them. It is through the body that Lucas tries to exorcise pain, in a sexual exaltation that wants to deny the fracture, to pick up the threads of his life where it left off. A disruptive resurrection that tries to emerge without going through the elaboration of mourning, without coming to terms with its fragilities. A diffuse pink nuance floods the film, like a red kept at bay and silenced that fails to explode with violence except in two scenes. The narration is entrusted to the protagonist’s words, which punctuate the confused chronology of emotions and events in retrospect: Lucas confesses to the viewer from an impersonal, introspective place, perhaps marking the beginning of his healing journey.

In Le lycéen, as also in Plaire, aimer et courir vite, the political and social context only enters the film in brief hints (at the Bataclan and the migration issue) that are immediately set aside, to leave room for the overwhelming power of the existential story. And as in the two previous films, Vincent Lacoste, by now Honoré’s true fetish actor, plays a leading role in this one, supporting newcomer Paul Kircher in the title role. Le lycéen is a bittersweet film that skilfully mixes adolescent vitality and despair, and it finds in understanding the pain of others the way to heal oneself.