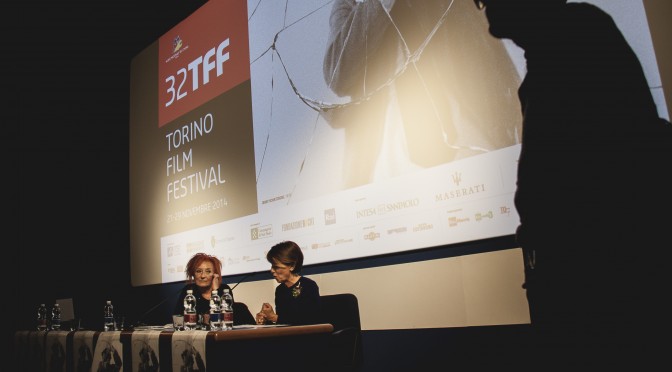 Emanuela Martini is a practical person, focused on the substance of things and not interested in any glamour related to the festival. This is partially why the 32nd edition of the Torino Film Festival has suffered some financial cuts, does not have any big acclaimed stars, nor a red carpet or a godmother of the festival. (although there will be an anti-godmother: Anna Mazzamauro). Therefore, this attitude will perfectly match the personality of the new festival director, who proves to be capable of making these cuts her strong point and an opportunity to prove that, other than films, everything is boredom

During the press conferences held on November 11th in Turin (following the one the same morning in Rome) Emanuela Martini specified: “It’s not like we don’t have important guests (for instance Julien Temple, Dario Argento and Bruno Bozzetto), but most of the authors are young, that kind of people who still travel in economy class, and we are very happy about their presence”.

Antonella Parigi, Turin City Councillor for Culture, agrees with her: “I started my job at the TFF being a cashier and handing out earphones for translation. I’m attached to this image. The underground taste is our peculiarity”. Emanuela Martini then immediately greeted the audience on behalf of Paolo Virzì, absent because he’s promoting “Human Capital” in the United States and looking forward to the Oscar nominations. The film-maker from Tuscany will be back right on time for the Festival where – as its guest director – he curated the section Diritti&Rovesci, with five films halfway between documentary and fiction, directed by Italian female film-makers.

Director Martini then gave the floor to Patrizia Sandretto Re Rebaudengo, president of the namesake Foundation, who said she was happy about this first partnership with the TFF. This collaboration is happening through the performance of a young acclaimed artist, Josephine Decker, whose film will be played on the eve of the Festival at the Sandretto Re Rebaudengo Foundation, in a section called ONDE. The synergy between the two institutions is strengthened by the fact that the second prize in the feature film competition will be called “Premio della Giuria-Fondazione Sandretto Re Rebaudengo”.

Emanuela Martini announced that there will be fifteen films in the competition, all of them either debut or second works (excepted one third work only) according to the identity of the festival itself, which was formerly called Cinema Giovani – Young Cinema. These films represent different nations, from Argentina to New Zealand, via Singapore.

“I don’t know where young people are going”, director Martini said during the morning conference in Rome, after a question about specific trends in the competition. However she highlighted that there will be many genre films — especially noir, thriller and horror — both in competition and out (“Because the genre is the structure of cinema and nowadays not much of it is produced”). Certainly, a steady feature concerns coming of age stories, narrated by young film-makers who try to figure out something about themselves, looking at the previous generation of teenagers.

“Festa Mobile is boundless, and, surely, the major films won’t overshadow the minor ones but rather give them more exposure”, added Ms Martini talking about the section that involves the greatest titles. This year, these titles range from Woody Allen’s latest film “Magic in the Moonlight” to the atypical western “The Homesman”, starring and directed by Tommy Lee Jones; from the integral version (divided in two parts) of “The disappearance of Eleonor Rigby (Him/Her) by Ned Benson, to “The Drop”, the latest film starring James Gandolfini; from the restored screenings, in occasion of their anniversaries, of “Deep Red” and “Gone with the Wind”, to Damien Chazelle’s successful “Whiplash”, already presented at Cannes and at the Sundance Film Festival.

We can’t forget the Gran Torino Award which will be assigned to Julien Temple, an eccentric director who, according to Ms. Martini, perfectly embodies the punk spirit of the TFF. In occasion of the award, his second documentary dedicated to the Sex Pistols, “The Filth and The Fury”, will be screened.

After naming the juries, the President Ferzan Ozpetek, Geoff Andrew, Carolina Crescentini, Debra Granik and György Pálfi, and after presenting the various festival subsections (including Artists Portraits, Torino meets Berlino, the tributes of the section After Hours to Giulio Questi and Jim Mickle, and the tribute to Cambodian director Rithy Pahn, that is scheduled on the 30th November), Ms Martini gave the floor to Massimo Causo and Davide Oberto, respectively curators of ONDE and TFFDOC. The former didn’t want to express himself about the 24 films of the section dedicated to the most avant-garde pictures, whereas the latter reminded us that many documentaries will be screened during this TFF — after all, last year, the victory of Sacro GRA at the Venice International Film Festival totally credited this genre — and that the common denominator of all TFFdoc films is eccentricity, which is fact the real fil rouge of this edition.

Two more important personalities contributed to the conference. Pietro Grignani, Head of the Centro Produzione RAI (RAI Production Centre), said that the connection between the two institutions based in Turin proves a dynamism that could be a good sign for the future and, at the same time, the result of a good relationship built in years. Savina Neirotti, Head of the Turin Film Lab, briefly reported the success of some products developed in the Laboratory based in Turin that took part in several international competitions and drew attention to the presence of a TFLab work within the 32nd TFF.

For the second and last year, there will be a retrospective about the New Hollywood from 1968 to 1976, called Suicide is Painless and curated personally by Ms Martini. This section entails a wide range of films, including some famous ones (Steven Spielberg’s “Jaws” in particular) and some forgotten films, ready to be rediscovered.

The schedule is amazing. There are many noteworthy films and during the press conference it was difficult to choose which one to mention. Budget cuts and financial constraints couldn’t slow down the rush of a festival that, from the beginning, was devoted to the discovery of the new and the uncommon. It seems that Turin made a virtue out of necessity. The choices made this year are fully consistent with the mission that the TFF has always aimed towards, or rather, in Ms Martini’s words, with the goal of “carrying out a Festival based on discovering the new and the uncommon, which means being able to have the courage to give up something and to bet on something else”.