Matt (Josh Lucas) is a saddened man, without any goals in his life; after a fight with his partner Andrea (Lucy Owen), he finds himself wandering around his city without a destination. In the meantime, Alan (Stephan Plunkett) and his girlfriend Farrah (Mickey Sumner) are discussing after an unlucky sexual intercourse, while preparing a party in their tiny apartment. At the party, Farrah spots Matt sitting in the living room. 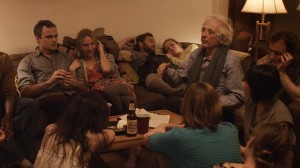 Alan and Matt are two very different brothers. At the party, Alan informs Mat that he will be leaving with Farrah for a trip to Quebec, where he wants to propose to her. However, the proposal will never happen, since Alan comes back from the trip earlier than he was supposed to, defeated and broken. From that day on, the two brothers will live together with Matt’s partner. They are both going through a rough time but, while Alan seems to try to react, Matt accepts life as it is, not willing to change anything. The situations in the film seem always about to explode, though never reaching the drama.

The intent of the director John Magary is to mix different tones and moments difficult to tackle, also providing situations that bring a smile to the viewers. The final touch to the film is the soundtrack: jazz, rock and soul, mixed together with great skill, which contrast the moments of higher tension.

Josh Lucas is surely the cherry on the cake of this movie. As the director himself told before the showing on November 24 at Cinema Massimo, “it has been easy to work with such a great actor, since he always managed to be ready on the scene and he never showed any sign of tiredness, but instead he always helped the troupe dealing with the behind-the-scenes”

It is a very ambitious film, successfully realized despite the low budget. It is very moving and touching, sometimes with bitter and dark tones, as life is, which goes on no matter what, never stopping. 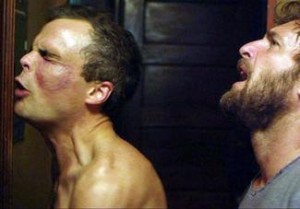