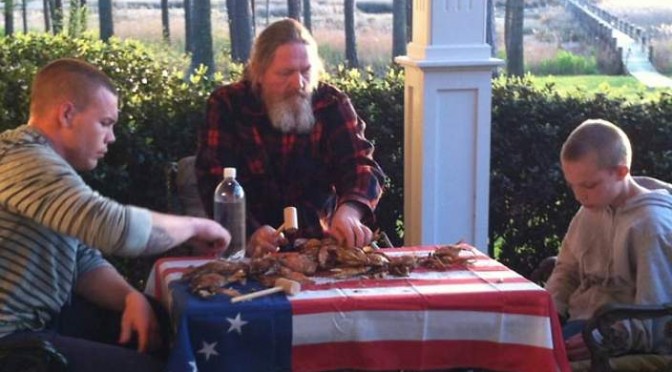 American experiments ride along familiar roads. Filmmakers play with pre-existing genres, distorting, shrivelling and demolishing them. It is the case of this bizarre film by New Yorker director Andrew T. Betzer, which already been presented at the Tribeca Film Festival and has now landed in Turin in the Waves section. The film portraits the flight of two brothers (Gabriel Croft and Hale Lytle), guilty of the murder of a girl, through a disorienting and lost America, inhabited by freaks, nostalgic for the Reich and the war in Vietnam (as the bizarre character of an old “freak”).

Betzer depicts an unforgiving portrait of his country shot in a quite handcrafted way. ‘Young Bodies Heal Quickly’ shows us a lost and crazy version of the US, just like the two young protagonists who are running around the country without an existential reason. So far, the idea is interesting and the dirty and blurred photography conveys this alienating effect. Eventually, this style weighs and after the first hour, the story goes completely off the visual and editing rails. Experimenting does not mean raving and the impression we had leaving the cinema is that in several parts Young Bodies Heal Quickly got lost, dragging the viewer in this disorientation. The final climax is too long and dispersive and putting an explicit sex scene (cameo by Josephine Decker that, after the short film Violent Madonna Mia seems to take taste in expression of sexuality explicit) does not help the audience in finding his soothed attention.

Generally, the film is an interesting experiment and visual exploration of a possible new language of American independent cinema. It is always of Seventh Art, which requires implementing every available form. Maybe a little storytelling would not hurt, in a time when the real experiment is perhaps the tale. “But that’s another story”, quote.