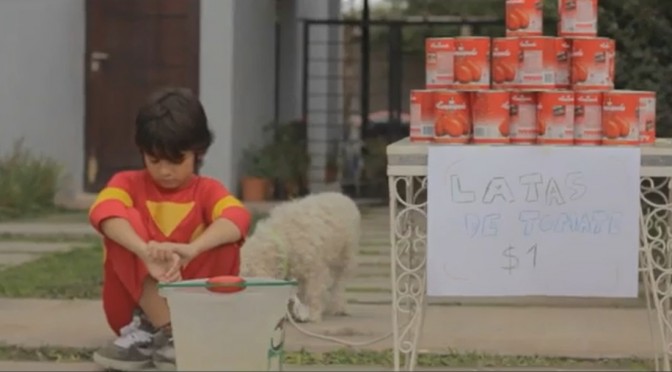 Can you imagine a Manet painted by prisoners? This is “Anuncian Sismos”, the first film by Rocio Caliri and Melina Marcow, two young Argentinean directors. This film, produced by Hulot Cine, draws inspiration from a real story. A small town located in the north of Argentina has been affected by several juvenile suicides, and the town decides to adopt a solution to solve this problem.

The film doesn’t explain why these suicides happen, but it stresses the consequences of these events on a group of youngsters. The final result is a 68-minute film without a specific aim. Its fragmentary narration is interrupted by inserts of petty philosophy. Although interesting, the film seems to be unclear and full of random elements. Furthermore, this situation doesn’t disconcert the main character, Mariano, who has a girlfriend with whom he spends some romantic and pathetic moments and he also has fun with his school friends.

It reminds us of Apichatpong Weerasethakul’s cinema, but it hasn’t its same poetic charge. This time the Turin Film Festival has chosen a nerve-racking film. “Anuncian Sismos” is not a film for an old people’s home, as someone would risk to drop dead.