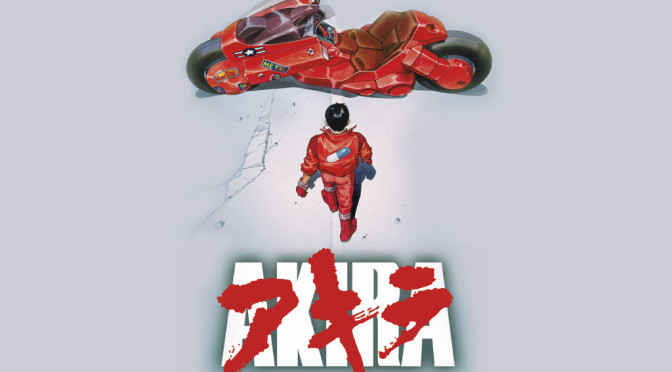 Neo Tokyo, 2019. After the third World War, Japan is in crisis. Economy in ruin in addition to corrupted and ineffective politics cannot find a way to start up again a Nation where crime and violence rule the roost. The only thing which seems to be of a certain relevance to the government is the Akira Project, sort of super secret project intended to control an enormous power, which has caused sects of obsessed people to flourish all around the city, preaching the arrival of a divinity called Akira. In this chaos, gangs of bikers speed across the city on modified beasts. Among them there are Kaneda and Tetsuo. An unexpected accident during one of the many raids, will change their lives and those of the entire nation forever.

Undisputed masterpiece of Japanese animation, the movie of Katsuito Otomo is not just a cinematographic opera, but a whole experience, leaving the audience breathless. Produced in 1988 (in Italy came out only in 1992) it was the most expensive anime in History (with a budget of one billion yens) and brought to the creation of a specific production house to realize it, the Akira Committee, with Otomo himself as the chairman, who employed for years more than one thousand animators. All the fears and the contradictions of that decade are contained in this dystopia which draws fully from western cult movies. An elaborate, chaotic and colossal Neo Tokyo is the spitting image of the rainy Los Angeles from Blade Runner (the time of setting is, for this reason, not randomly chosen) ruled by lawless riders (Mad Max) who go all around the city on futuristic bikes (Kaneda’s motorcycle design is identical to the lightcycles from Tron). The aesthetic magnificence is something which leaves everyone amazed and the masterly sound work, overseen by composer Shoji Yamashiro, was an epochal evolution in the animation field.

The concept of Evolution itself is the base of Akira. What is this mysterious energy, so devastating that it needs to be hidden in the bowels of the earth? Who controls it? Where it comes from? Who owns it and how can it be used? The spiritual aspect of the film lies in this ambivalence of the concept of Evolution – especially technological evolution – which often leads to a regression when technology goes too far.
Is it creative or destructive? Otomo is certainly a son of Hiroshima and Nagasaki. That “sun” – which kills tens of thousands people in a few seconds – has affected his worldview. Evolution is a powerful force, but it can cause pain if mishandled. Akira embodies this philosophy and make it to burst with an explosion of visual effects and visionary experiences that leave an impression on one’s mind. The future portrayed by Otomo is crazy, chaotic and illuminated only by neon signs and skyscrapers lights. It is a future in which people run at full speed without any purpose, or they run for the wrong reasons.

The title of this review is taken from the famous Blade Runner monologue of Roy Batty/Rutger Hauer. Our choice has not been accidental, because the Future is already here – and perhaps already experienced. Otomo, just like Scott, “has seen things”. And we have seen them with him.