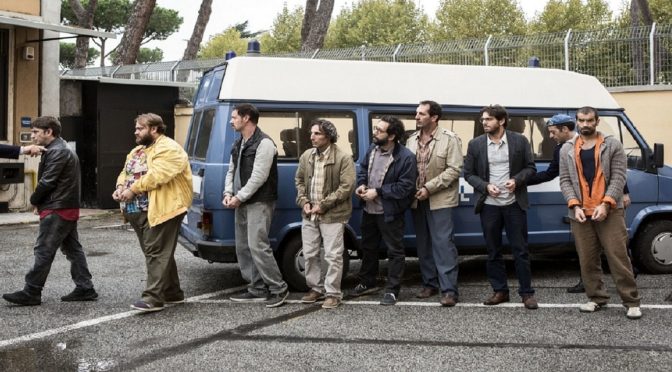 “Sopox is the formula for nerve gas. For this he needed a chromatograph. This crazy man started to synthesize nerve gas!” exclaims Pietro Zinni in the last scenes of Masterclass, second chapter of the trilogy.

Ad honorem closes the saga directed and written by the young director from Campania, Sydney Sibilia who, with this third explosive chapter, shows us the last hardships of the gang of professors led by Tommaso Leo, who plays an ex researcher of neurobiology at “La Sapienza” University in Rome.

Pietro, who has been a convict first at Regina Coeli, then at Rebibbia, discovers an imminent attack on professors and executives of his ex University at the hand of the criminal Walter Mercurio (Luigi Lo Cascio), who wants revenge on those he considers guilty of his lover death. Professor Zinni will reunite the gang and, with the unexpected help of his worst enemy, “Er Murena” (Neri Marcorè), will escape from prison to prevent this deadly terrorist attack.

Sibilia continues, undaunted, to step up his game taking up a very American genre, the prison movie, adapting it to the “bel paese”: Fort Knox becomes Rebibbia, the night of the escape becomes the night of the opera in prison and, with a little bit of imagination, Edoardo Leo replaces Steve McQueen. 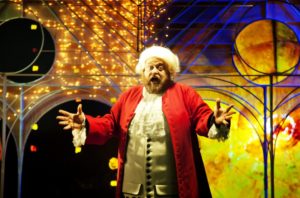 Moral of the story is the renovation. To redefine what can and cannot appear on a domestic screen, in the same way in the universe of movies, rejuvenating the classes of the almost centenarians that govern institutions, the enemy that Mercurio identifies as “They”.

This is the aim of the villain, played by Luigi Lo Cascio, usually dealing with tormented characters of auteur films that this time chooses, however, the role of the supervillain in cinecomic: in one of his first roles, La Meglio Gioventù, by Marco Tullio Giordana, during an examination, his character received the advice to destroy the dinosaurs that ruled our country. With a metacinematografico link as curious as much as charming, this advice seems to reach Walter Mercurio, who chooses the nerve gas to carry out his revolution: destroy everything to finally reconstruct.

This third movie shot at the same time of Masterclass (in cinemas just 9 months ago), is the final act of a saga that, since 2014, started a silent revolution in the Italian cinematic landscape, as reminds producer Matteo Rovere in press conference: “Smetto quando voglio was the first movie that led the way […] a comedy with an original register regarding the script, with staging proposals a bit particular like the scene of the robbery […]. It seems interesting to accept the challenge of the audience, trying to present products that are sincere, but at the same time remind us that we were an industry capable of different things, a genre cinema, heterogeneous, that met the preferences of the public”.

A series of product, like Sibilia films or the award-winning Lo chiamavano Jeeg Robot by Gabriele Marinetti and Veloce come il vento by the same Rovere who stocked-up on prizes at the last David ceremony, demonstrate that today, Italy, is not just a country of romance or bourgeois drama. They show that there is another way, that genre film of a certain quality is possible. Movies of entertainment marvellously commercial, with a pop taste and able to enter the collective imaginary as it happened decades ago.

This change is finally happening: the only thing we have to do is to have hope in these young, talented moviemakers.