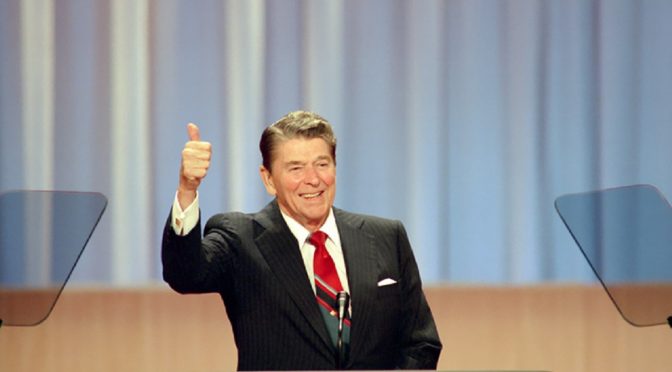 Entirely assembled from archive materials, The Reagan Show is a documentary that wants to showcase the president/actor during his “performance” in the White House, with all his contradictions and aspects. Not without irony, the movie makes us reflect on one of the most influential people during the Cold War, on his glory days and on the sudden halts experienced during his presidency.

In-between the videos coming from the archive of the White House, the movies shows clips of national newscasts; those clips allow the audience to maintain a certain degree of detachment towards Reagan, and they simultaneously offer a general overview of the stances of the public opinion of those years.

The skillful editing work highlights the main events of the Reagan presidency, divided “ the Hollywood way” into three acts: the arms race; the scandal; and the negotiations with Gorbachev, who stands as the archenemy on the ideal political stage Reagan had been the uncontested protagonist of until then. 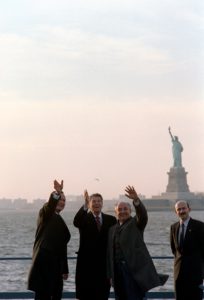 The Reagan Show also becomes a mirror of modern-day America, and in particular of its current President. “We will make America great again”: this sentence, spoken by Reagan, is included in the initial scenes precisely to highlight the unavoidable comparison, that, however, was not originally foreseen. As a matter of fact – states co-director Sierra Pettengill – the project “started more than three years ago, long before anyone knew of the participation of Trump on the political scene”. 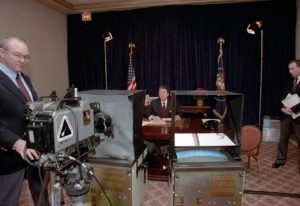 Comparisons between current and past politicians aside, the movie manages to easily go from official speeches to off-air jokes, giving us a comprehensive overview of the 40th President of the United States. This portrait makes us both laugh and think about what American politics were and what they are now.