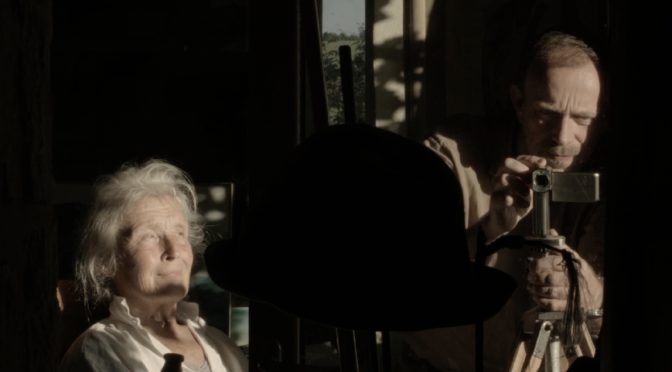 Va, Toto! follows the tale of Madeleine and her little pet boar; of Vincent and his relationship with monkeys, during his trip to India; and of Joseph who, by night, dreams relentlessly while attached to a breathing machine and, by day, takes care of about twenty cats. All these stories are narrated by Pierre, who wants to study the relationship between men and animals by making a film.

As stated by Pierre Creton, the idea of shooting a documentary sprang to his mind after he began filming the lives of Madeleine and Toto. Then, midway, he decided to add to the mix the stories of other people close to him: he chose Vincent, who acts as his co-screenwriter as well, and Joseph, met by chance by the director, who became a close friend of his.

From Normandy to India, Va, Toto! gradually turns into a journey inside the characters’ souls, a group of people that belong to another time and that narrate their lives through the voices of other actors chosen to replace their original ones. According to the director, this is in order to “keep a certain distance between the characters and their story. I believe that every single one of us has more than just one voice, and it’s to convey this feeling that I opted for dubbing”. As stated by Vincent: “It was very hard to write our own story and act in it, and I think that adding a dubbing track was essential to be respectful towards the people involved in the project.”

Despite the admirable effort on the actors’ part, who told their story and revealed themselves in front of the camera, the film doesn’t have a well-delineated script, which is why it can sometimes appear quite chaotic. Some scenes are a bit murky to the director himself, who admits of not having a clear and specific interpretation for some of the film’s sequences.

At a certain point, we lose track of Toto as well, the true star of the movie, who can always bring a smile to our faces and who deserved more screen time.

The two remaining stories, not as equally powerful, leave nonetheless a good impression because of the candor with which they are narrated: they are light-hearted realities enclosed by wonderful landscapes, wild and exotic.