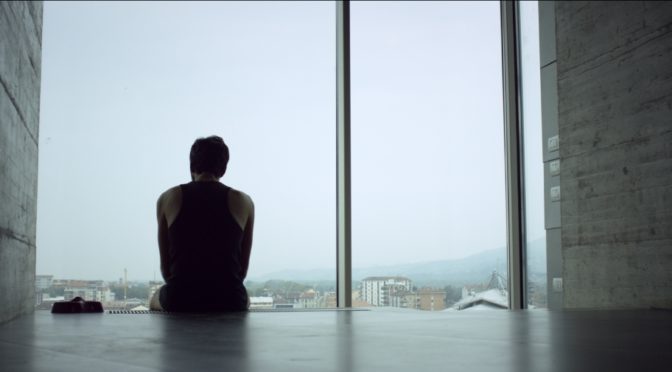 Diego has a secret, that scars him like a curse and that he cannot accept: he works with the perpetrators, but lives among the victims. He steals trade secrets, through which mafia-companies win public contract tendering. It’s the understory of the plots between corruption and mob, but when Diego falls in love with Anita, he will have to make a choice.

The movie deals with a problem that affects Italy too, and that’s damaging for companies and citizens: public tendering in which the winner is who presents the lowest bid, at the expense of quality and dignity of the employees. The choice of the director is to offer a different angle, not the one scarcely credible of the good ones, but neither the one of the bad ones, to avoid the identification of the audience. Thus the character of Diego is created, the main character played by Matteo Carlomagno. “We chose someone in the middle” states Iacopino in the press conference. “Life treated him in a strange way, and now he wants to break free of a weapon that he’s using with the bad guys”.

Al massimo ribasso is an ambitious and audacious movie, even if we notice it after the first twenty minutes. At first, it seems the stereotype of a character that’s been seen before, until we truly understand who we’re dealing with. “We took quite a risk, but it’s the right way to talk about these things, to expand the subject, we have to expand the horizons and go deeper”.

“Diego is a superhero, like all the people extremely sensitive; to quote the movie he simply feels too much…” claims Viola Sartoretto (Anita in the movie). Her role is that of a woman who doesn’t want to listen to herself, attached to her addictions, and Diego tries to help her to save himself. “Playing the role of Anita it’s been intense for me, I discovered new things and I lost others, I was confused, I suffered, it made me so fragile, but then I became more strong and aware than before”.

That of Iacopino is a beautiful auteur movie, that surprises and captivates, set in a reality close to all of us, I highly recommend it.