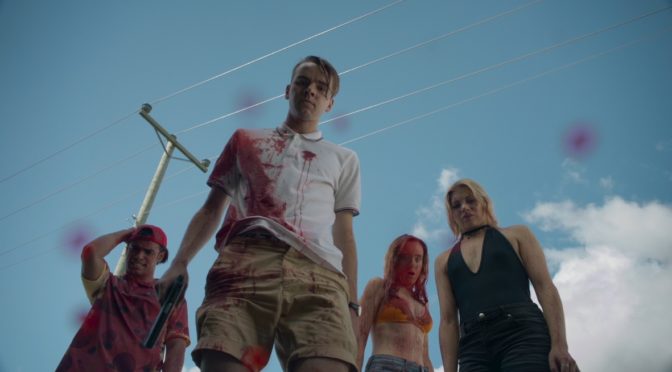 ”Follow the rules and you won’t have trouble”: this seems to be the central idea of Game of Death, a movie that moves through different media and gives the audience lots of splatter all along.

From a narrative point of view, the story is quite ordinary: the usual group of teenagers play a game together, which ends up not being just a game after all, but rather a mechanism that needs to function like a clockwork, in need of a certain amount of human sacrifices at particular intervals of time. The punishment is the violent death of one of the players, through a mechanism that inflicts a curse – or a modified status, to say it with the words of the film – on the characters’ haemoglobin.

The plot is all here, as all the rest of the script is focused on splatter scenes shot by the book, in which more importance is given to the characters’ death rather than on their personality. The audience don’t even know the names of those people who get sacrificed on the altar of blood thirst, except for the main characters and one victim. It is worth noting that, for a splatter movie, Game of death presents a dying scheme that appears boring and repetitive. 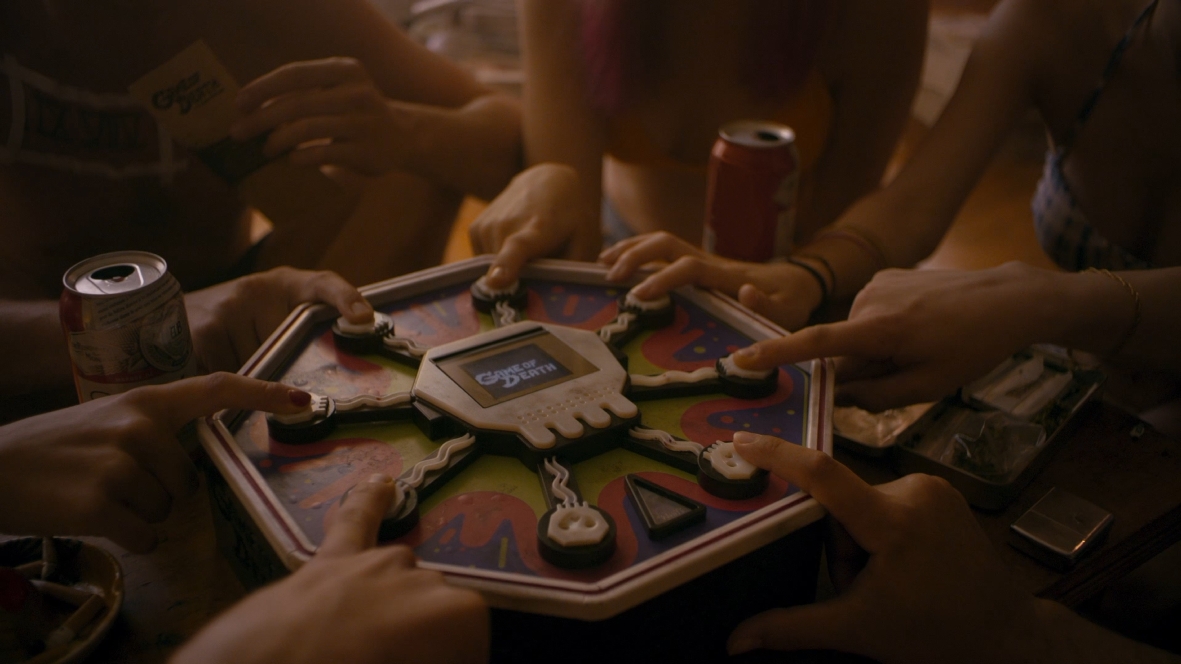 The main quality of the movie emerges when monotony seems to be taking over, as the audience witness a cross-media metamorphosis of the protagonists: during a romantic scene the characters dehumanise, they stop feeling any emotions. From now on, the killings happen like in a 2D and 3D videogame, in a comic book, they become a memory of the good-humoured threats recorded on their smartphone camera in the afternoon when everything started.

Killing is no longer something that marks forever the consciousness of who has committed the deed, but just a (video)game move that earns you 50 points.

Game of death is a product that succeeds in moving through different media but always remaining faithful to its original nature, and that is its strongest feature. The movie soundtrack deserves to be mentioned, as it was able to perfectly emphasize the scenes through diegetic sounds and give rhythm to the film events, while the soundtrack was fitting and pleasant to hear.

In the end, Game of Death is an interesting film that perfectly fits inside his specific genre and has a precisely devised narrative structure. It will please splatter fans with its new expedients, managing to avoid the monotony of this genre with elegance and courage. On the other hand, those spectators who do not love this kind of film will doubtfully change their mind.