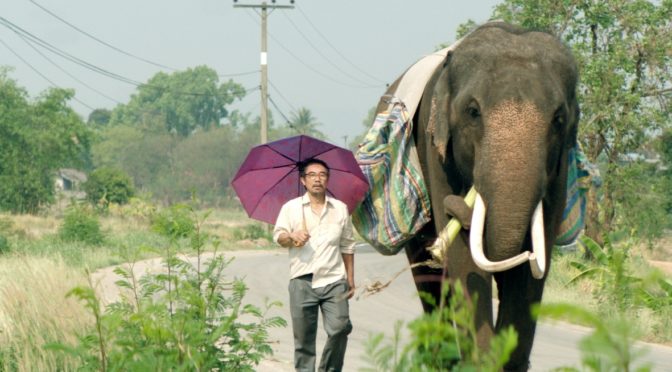 Pop Aye is an unusual road trip movie, with a disappointed architect of Bangkok and an elephant as main characters. Thana, who is going through a mid-life crisis due to working and relationship issues, recognizes the elephant Popeye, with which he grew up when he was a child, on the streets, and buys it in order to bring it back to his hometown. On the journey, the two of them meet some among the most different characters, whom make the protagonist think about some of the aspects of his life.

The Singaporean director Kirsten Tan (also screenwriter) aims high with her first movie: it is set on the streets of Thailand, with a mainly non-professional staff and the presence of a lumbering elephant; the dialogues are skinny and the editing interchanges scenes of the protagonist’s life in Bangkok – where one of his architectural achievement is about to be destroyed, younger architects try to undermine his position and his wife rejects his company- and parts of the trip. 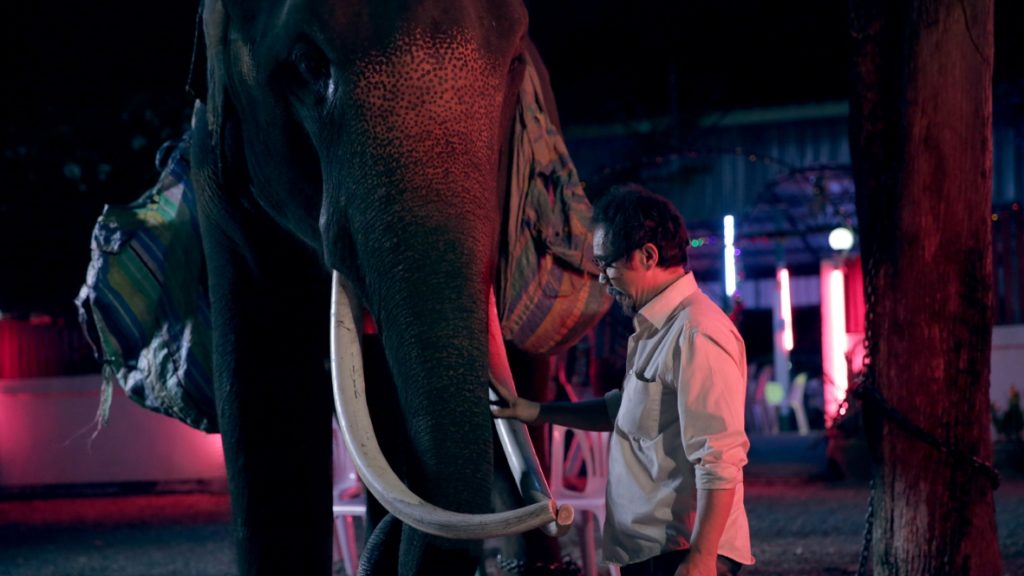 On the way the two of them meet, among others, a man thinking he foretold his forthcoming death on the stars and a transvestite- prostitute who loves karaoke: they are all entangling people, but the scenes in which they are involved give the impression to be disconnected and their actions are not always justified; his wife Bo, despite the reconciliation at the end, can only be but a plain and unpleasant character, but above all, it is the protagonist who lacks of an adequate psychological in depth analysis. The audience endorses the crisis he is going through but cannot emphasise with him and perhaps the presence of Popeye suggests to be a relief mostly for the public (its movements are usually comic) than for Thana.

Finally, not even the elephant achieves the space it deserves: it frequently appears to be a figure in the background, a device to make the protagonist and the other characters interact, and its elegance and expressiveness are not deeply employed by the director. Moreover, the film decides to not talk about what happen in the period between Thana and Popeye’s childhood and their casual meeting in Bangkok, losing, as it may be, the possibility to let the public know the two characters better.

Overall, the movie is pleasant and makes the audience laugh in more than one moment, but it lacks of something: neither the story of the journey not the one of Bangkok are fully finished, and it is rightful to expect a more in depth analysis of the man-animal relationship, on an emotional level.