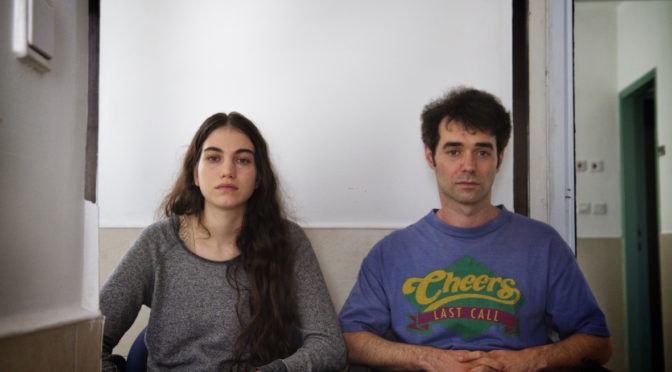 In a rehab center for eating disorders in Tel Aviv, every morning a nurse asks the same question to her young anorexic female patients: “Did you have your period?” Among all the noes, there’s an affirmative answer: Tom’s. Meanwhile, Neil just got into town from Amsterdam, and he is buying a tuba. He has big plans: to meet his childhood friend and follow him with his band to Berlin.

The boy and the girl meet: Neil helps Tom escape from the hospital, and they find out that they have more things in common than they could ever imagine. They’re similar, but not to the people around them: at Tom’s house, we witness her fight with her parents. They threaten to bring her back to the hospital, which is why Tom and Neil decide to run away. They rule the city, running through its streets. Tom is a volcano ready to explode: she lets passers-by touch her breasts, savoring the freedom she was denied for so long, and it’s as if nothing can stop her. She meets her old friends, who all share her same disease, and finds out that one of them is dead. Neil realizes that she’s going through an emotional whirlwind and that there are going to be consequences: “Do you want to die as well?”. When they find themselves face to face it’s impossible to keep lying, and they both know that that night won’t be enough to solve all their problems, not even a promise of love. 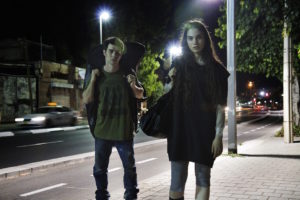 The story told by Israeli director Ram Nehari is not your classic tragic tale that puts together two odd characters, but it’s also not a romantic comedy with a happy ending. Maybe we could expect a dark story, but this is not the case: when it looks like the scene is going to turn into a cliché, the emotional tension is broken thanks to a comic relief (just think about that weird prayer that Tom’s friends address to the “God of thinness”). Drama and lightheartedness blend together, creating a perfect balance. The girls from the hospital hide their vomit in plastic bags, and the food under their clothes; the topic of anorexia is not the main focus of the plot, and the eating disorder is described without taboos and in an objective manner. Indeed, the director has often worked with people living in these treatment centers, and therefore knows how to develop this kind of characters. However, he himself admitted during the press conference that most of the credit goes to the actors, completely invested in their roles: Nitsan Leila Shavit (Neil) has been inspired by a friend’s story, while Nitai Gvirtz (Tom) took inspiration from her own past.

But Nehari goes even further, because his film is also a criticism towards Israeli society, with its imposed models and rules. For example, through the images of perfect models on TV (and not only fashion models, like the ones shown on the rehab center’s TV, but also the ones admired by Tom’s little brother, who lifts buckets of water or even his own bed in order to look like a wrestler). And also by showing the conflict between parents and their kids. This is because we have to deal with a generation gap: on the one hand, we have the bigot adults, who still believe that Germans are all Nazis, capable of setting children on fire while listening to classical music; on the other hand, there is Tom and Neil’s generation, made up of kids who seem to be living in a sort of fairytale, wishing to run away to a place where they won’t be judged, among other outcasts.

None of us is a lion, we’re more like “lame horses” (as we are reminded by the final song): we all have something wrong with us, and problems we try to put an end to. The secret lies in being aware of this, without taking ourselves too seriously. Don’t forget me is mainly an invitation to be ourselves.