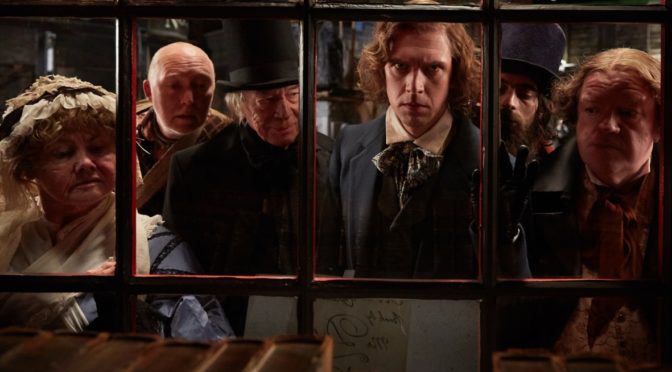 In 1843, Charles Dickens enjoys of a vast reputation after the success of Oliver Twist. Sadly, three heavy flop send him on the verge of bankruptcy. Plagued by a deep creative crisis, Dickens founds inspiration again after a brief encounter with an old tightwad. With only six weeks to complete the new book, he starts to write what will become A Christmas Carol. During the writing process, the characters come to life, between advices and warnings, in front of the author that can finally deal with his troubled past, in particular his strained relationship with his father.

Let’s get a little something off our chest: The Man Who Invented Christmas, it’s not a memorable biopic. People watch it, have fun and probably after half an hour they have already forgotten it. It’s not Darkest Hour, so to speak. However, in the hour and forty, needed to tell the story, the movie is able to engage the audience, to seduce it with its fair share of British humor and good intentions (it’s not a criticism).

Inspired by the homonym book by Les Standiford, the movie is born from the wish of the producers to show a period of Charles Dickens life a little-known to the most: the events that led to the creation of A Christmas Carol. According to the creators, the stage of screenwriting took place taking inspiration from the way Dickens himself wrote his stories, which is by “talking” directly to the characters. A detail that, as said before, finds room in the movie. 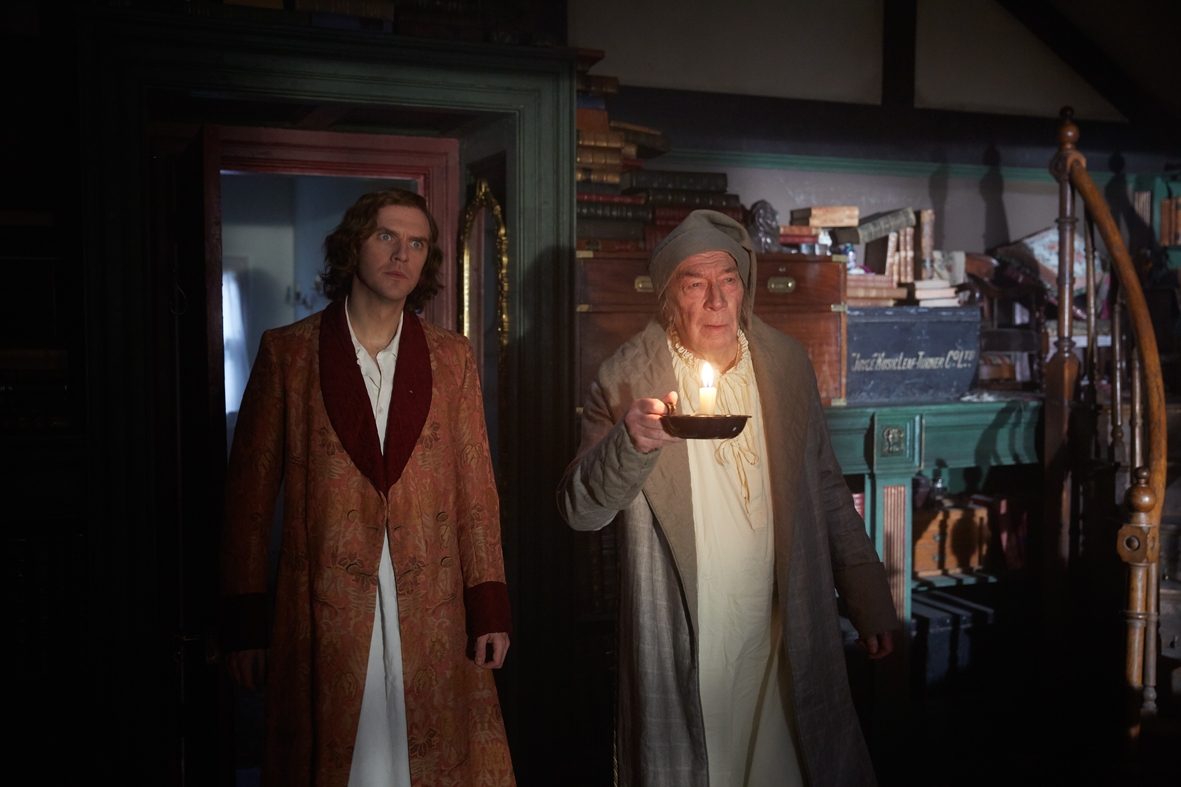 Directing the film is the British, of Indian descents, Bharat Nalluri, who has already directed numerous TV series. During the press conference, he remembered how Charles Dickens books had been his passion since his childhood and, considering that his family didn’t celebrate Christmas, he learnt the meaning of this festivity thanks to A Christmas Carol. It can be said that Nalluri was the right person for this movie and in fact, even without excelling, the director has done an honorable job. In particular, he has been capable of mixing, with the right balance, comedy and drama.

If the movie has succeeded, it’s also thanks to the cast. Nalluri has always imagined Dickens as a rockstar, and Dan Stevens (already seen in movies like Beauty and the Beast and The Guest), it’s been capable of instilling the character with energy and vitality. Excellent also Jonathan Pryce in the role of the father of the writer, while a separate discourse is in order for Christopher Plummer, who shines as Scrooge. The Oscar-winning actor has had an active role in production, since he was called when the script was still uncomplete. Nalluri told that Plummer was so absorbed in the project, that he showed up on the first day dressed as his character (nightgown and holding a candle). 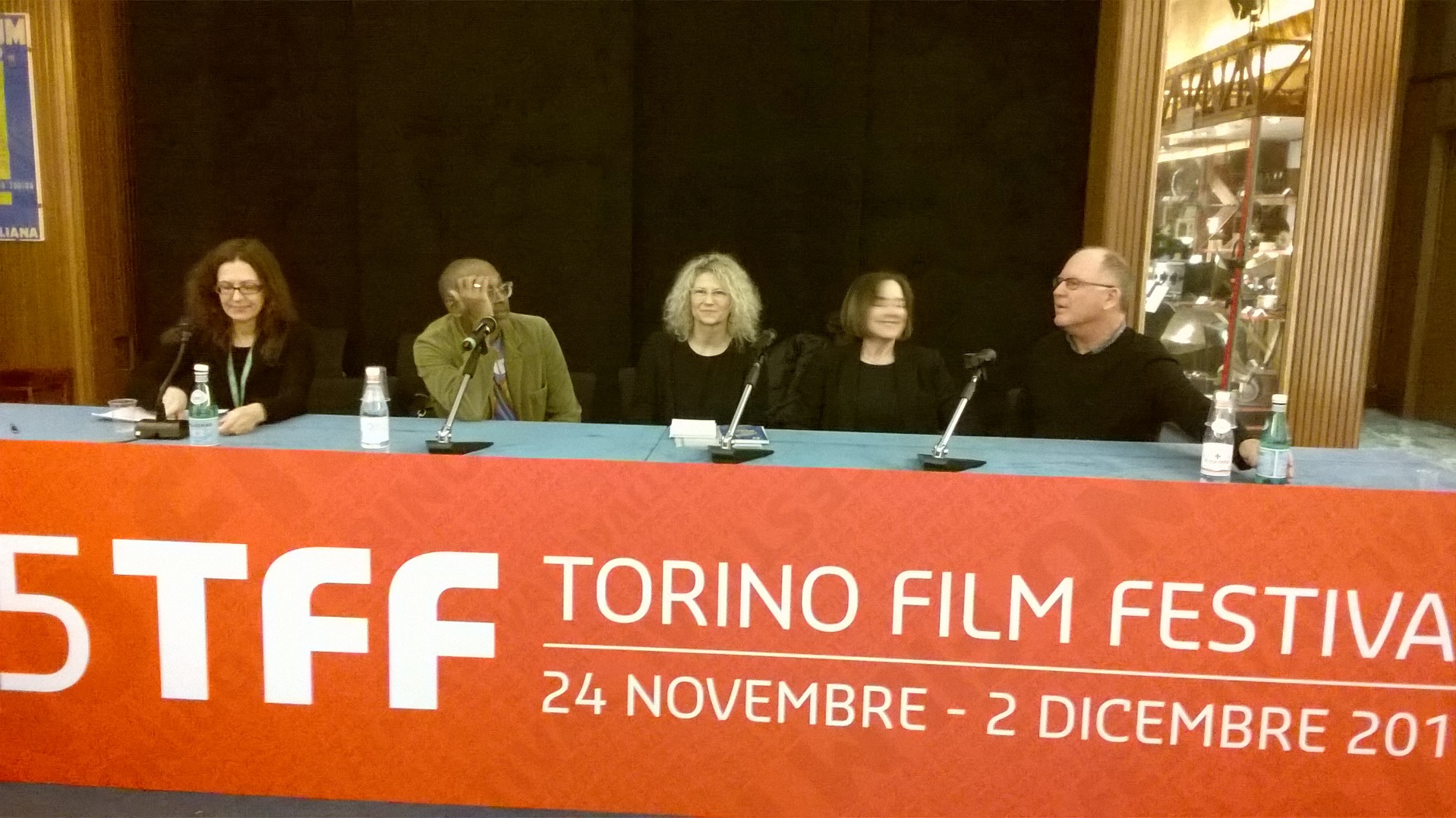 However the real strength of The Man Who Invented Christmas is to make us remember the great lesson of Dickens. In A Christmas Carol the writer doesn’t talk much about parties or gifts, but he emphasizes the importance of altruism and humanity. These are the themes of the movie, that show how it’s possible to change and become better. Maybe is for this message of hope that, according to the director, transpositions of the works of Dickens will never be superfluous. And the fact that Nalluri is working on a TV series cantered on Dickens as a journalist confirms this.