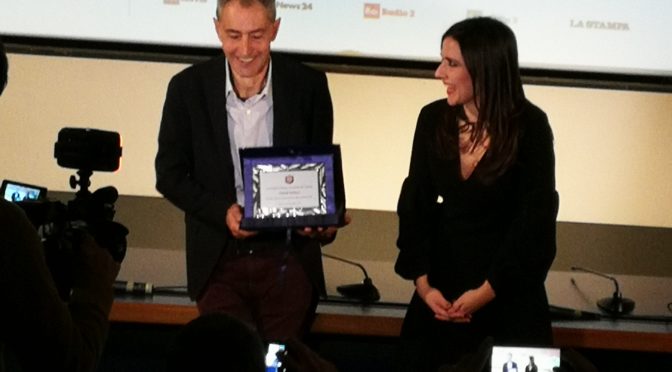 It took place yesterday, Thursday November 30, the ceremony for awarding the Prize Maria Adriana Prolo to David Grieco, a ceremony introduced by Steve Della Casa in which have spoken, among the others, Caterina Taricano, director of “Mondo Novio” (that, as usual, dedicates a monograph to the winner of the Award) and Vittorio Sclaverani. The award, named after the founder of Museo Nazionale del Cinema and now at its sixteenth edition, it’s assigned every year to an artist that, during his lifetime, distinguished himself for his contribution to Italian cinematography, becoming an example and a model for future generations, a model that Grieco embodies perfectly.

A polyhedral artist that, besides having directed two feature films of international concern (Evilenko and La macchinazione), it has also been a screenwriter that cooperated with Francesco Nuti and Giovanni Veronese, journalist, film critic, actor, producer an radio host. During the press conference, together with Steve Della Casa, he smiles while remembering the birth of Hollywood Party, radio show assigned to Grieco because considered a bad bet from the start and so easily replaceable, but instead it reached great success and, even today, it airs on Radio3.

Particularly touching are the testimonies, (both in person and in the magazine), that show us how David Grieco came in contact with several extremely important personalities from the world of cinema and TV, becoming their friend and, in some cases, changing their lives. Thanks to these testimonies, we are able to understand how, a man like him, has managed to reach everyone he has come in contact with, including Steve Della Casa and the close friend Malcolm McDowell, Massimo Ranieri and Angelo Badalamenti, without forgetting his family: Lorenza Mazzetti (his father’s companion) and his children. Talking about them, the director feels moved during the ceremony. 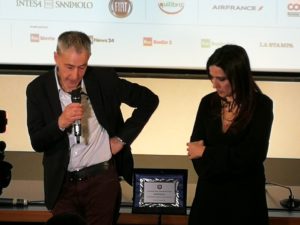 At the end of the Award ceremony, it was shown Evilenko, first feature film of the director, inspired by the events of his book Il comunista che mangiava i bambini.