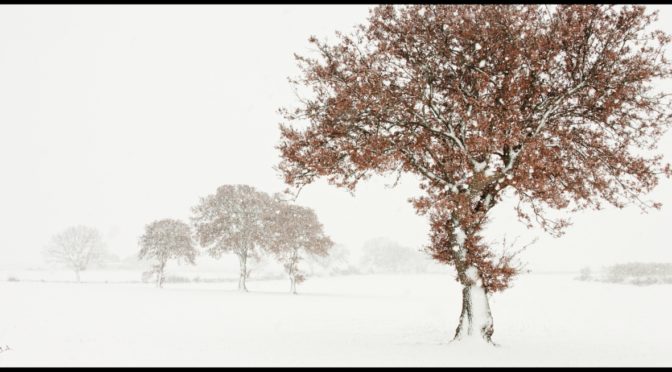 The Turin Film Festival gives space to the short films too. This year, the leitmotif of the Il continenete misterioso section of Italiana.corti, is a man’s inner journey, who wants to find and understand himself through an intimate dialogue with nature and images.

The section was opened by the out of competition music video Sogno l’amore by the young Francesca Noto and the singer Andrea Lazlo De Simone. It is a black and white illustration of his homonymous song, taken from the debut solo album, Uomo Donna. It takes place in Agrigento, during the Easter procession. The video creates a parallelism between the passion of love and the religious procession. The singer says that passion is meant as overwhelming feeling “ for something that may not exist, like a God, in my case”. Francesca Noto has chosen the figures of the mother and  the father to tell the story of a love which is trying to survive. The line between life and death has been annihilated, while De Simone sings “there is no one, I’ve fallen in love with a shadow.”

The competition starts with Storia di Stefano (da allora detto Tetano) by Chiara Malta, happy to present it at the Turin Film Festival. She says to have done two main researches. The first one was about childhood, starting with the children’s face in order to explore their universe. Her second research concerned nature and its physicality and spirituality. An inspection of the Tuscan Appennino was made to find the perfect location for the adaptation of Tetano by Alessio Torino. “I wrote a prologue to figure out how to film nature, how to get it to talk.” It exactly is an intimate and touching dialogue between the little Lulu and nature, which comes to life and answers his questions. It is a suggestive short film, suspended between a reverie and the rediscovery of the primordial man-nature relationship.

Following Il sentire dell’occhio by Alessia Cacchet, presented by the author as an open and totally experimental work. It is a visual exploration that analyzes the man’s repugnance for dead animals. A great work on the image and its perception has been made. There is not narration, but just and intense aesthetic dialogue with the viewer.

The Riddle by Francesco Dongiovanni chooses the science for a study about the image, aimed to decipher the enigma of life. The title was inspired by The Riddle of the Universe by Ernst Haeckel, a collection of lithographs, which shows his studies on the genealogical connections between all the living beings. The collage of illustrations and live videos of nature, animals and human beings; recall the evolution of life in all its forms.

165708 is a blast from the past: Josephine Massarella investigates the materiality of the image, focusing on the film manipulation, with colour changes, overexposure and cut. Interesting the use of black and white, especially in 16mm size.

Esseri by Tommaso Donati closes the section. It is a journey in the universe of an animal- monster: the bat, hybrid between quadruped and winged animal. The director follows it in its natural habitat, portraying the shadows of the night with a dark, but evocative image.