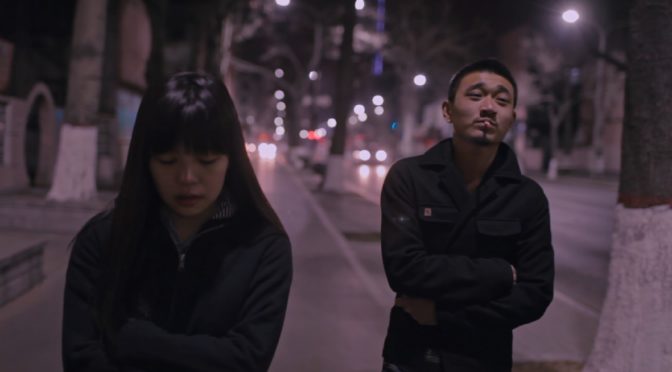 Boredom, alcohol and cigarettes fill the days of Liu Shidong, the apathetic main character of The Scope of Separation, the first work of the young Chinese director Yue Chen. Liu – as he narrates in voice over – has inherited a large amount of money from his deceased father: this allows him not to work and devote himself to his (presumed) interest. The story hardly proceeds with his encounter with two young women, very different from each other, and with the attempt to work in business: a meaningless plot, like Liu’s life, that leaves room to contemplation and to long and empty dialogues. The choice of the script is undoubtedly well considered, but it undermines the viewer’s involvement. However it fits perfectly to the content of the movie.

The peculiarity of the film is to deal with a particularly bad condition with extreme lightness and poetry: ineptitude and alienation are represented in cosy places swamped with warm and denatured colours, a golden cage where the young man takes refuge to avoid confronting himself and life, preferring to spend his time playing mahjong and pool, drinking and smoking cigarettes. There’s a feeling of a rarefied atmosphere, almost like a dream, emphasised by a dandling soundtrack that alternates classical music and jazz.

The background city, explored mainly at night, is a silent and suspended place that fits the emptiness of the main character perfectly, even through a dominance of cold colours. But it’s also a romantic, melancholic city that doesn’t give way to pessimism and self-pity.

It’s blatant that the author meant to provide a cause for reflection on, or rather a criticism to, to the new Chinese society, littered with a generation divided between young deadbeat and businessmen without any scruples. Chen shows us a lifestyle, an ideology, through fragments of the daily lives of young people, for whom the choices seem to be only two: surrender to an existential and professional void or getting gobbled by the monster of cynical ambition to obtain success and social recognition. In parallel, it develops an implicit confrontation between traditional values, represented by mahjong and the pipe, and the disvalues of modernity, characterized by skyscrapers and exclusive nightclubs. 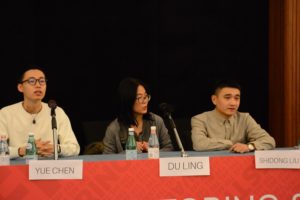 The interpretation of Liu Shidong is not brilliant, but it’s functional, because it describes well the apathy and incompetence of the main character. In fact the actor confessed, during the press conference, of having quite a few common traits with his alter ego, like name, family background and a long period of confusion. Acting in the first work by Yue Chen coincided, for Liu, with a deep journey of growth and transformation, which culminated in a wedding. Reality saw a positive change, like the one that the movie seems to suggest with its open end with lyrical traits.