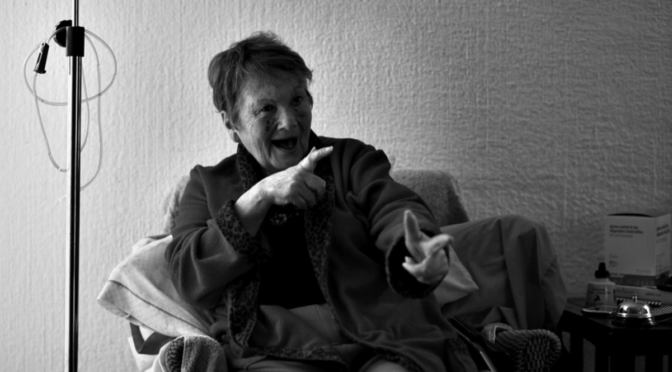 “Do you like black and white films? No? Neither do I”. This is the question Valeria asks her mother Stella, and she does so in a documentary which is shot entirely in black and white. As stated by director Eugenio Canevari during his Q&A at Cinema Massimo, this film comes from an urgent need. After meeting Valeria and getting to know her difficult situation, Canevari felt that he had to do something for this family of three that was struggling with an ailment such as ALS, with no help from any institution whatsoever. The footage was collected through daily, thorough observation of Stella’s reality. Once a very dynamic woman, she ended up having to rely on her daughter and her boyfriend Paco, who also struggles with health issues, to help her in her daily life. Therefore, there was no script during the shooting: the director had to join different elements in order to create an accessible story for the audience. 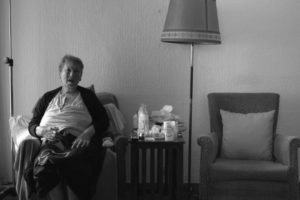 In this sense, Canevari’s work is indeed praiseworthy: the director’s camera follows the three figuras discretely and respectfully, daring to show each and every part of this sickness without blaming the daughter, who finds it difficult to handle her mother’s profound change. The shots often reflect every character’s claustrophobia by showing the oppressive spaces inside Stella’s flat and enclosing them in frames which consist of doors, door frames and narrow hallways. The main narrative is also punctuated by the parties Valeria goes to in the evening, which represent the passing of days. 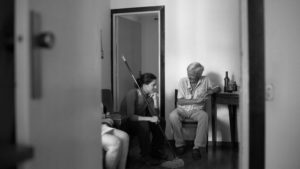 Stella cannot speak anymore, but her gentle and alert presence is audible as it is visible: Stella can be heard anywhere, with her breath, the tablet on which she continuously plays with interactive figuras of animals in order to keep her mind active, her loud western films, her old-fashioned songs and the Argentinian tango she dances with Paco, with the help of her medical walker. The overt choice of the black and white aesthetic fits this vision: Stella was living in another time and in another space, watching western films all day long, and Canevari managed to represent this distance through such technique.

The film does not dwell solely on the tragic aspects of the story, as explicitly wanted by the director, but it sometimes alternates impotence with humour, especially from Paco’s character. Canevari and Valeria stated that elements of fiction were added to the real facts in order to tell Stella’s story in the best way, considering that the film is dedicated to her.

At the end of the screening, some members of the audience went to hug Valeria and Canevari, who told them: “The film is for you”. And we thank him.