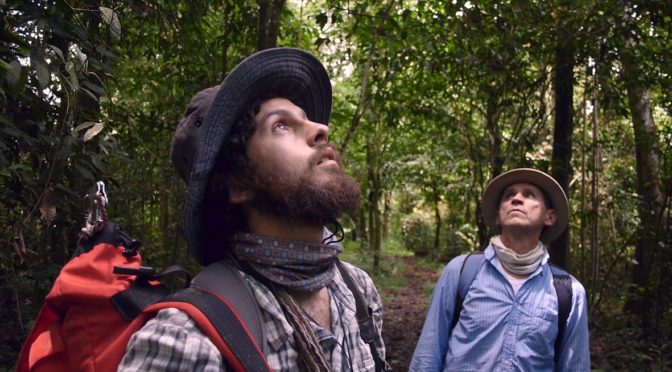 The botanist Julio Betancur and his assistant Cristian Castro walk through the Colombian jungle collecting and cataloguing numerous plant species.

As required by the plot of the full-length film, the young director Guillermo Quintero documents with calm and precision the infinite and meticulous work of the two South American academics. The film starts in the present to observe the past. The long list of researchers, who over time helped to expand the Colombian Botanical Catalogue, are praised with the names of ancient warriors who fought a silent battle, far from society and immersed in nature.

It is this dimension that slowly transforms the figure of the two men of science into two romantic heroes, who look towards the infinity of undiscovered species hidden in a sea of fog. The quote of Caspar David Friedrich’s famous painting is done on purpose and recalled by the first views of the Andean forest.

The camera is divided between static shots and long dolly shots that follow Professor Betancur and his student in the irregular Colombian landscape and in the immense orderly shelves of their research center, among species that are now extinct and of which everything is known and those that are still existing and of which nothing is known. The director peeks out with a comment talking about his personal relationship with the professor, his nostalgia for the forest and his love for the nature.

It is a documentary about nature and the people who live it daily with commitment and dedication, a journey through the forest and its mysteries and through the mind of a man and his dreams.