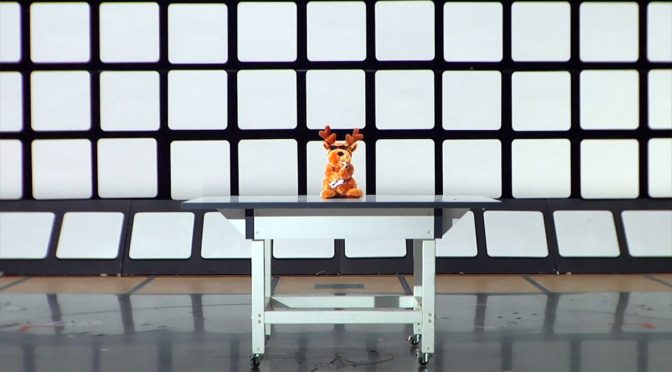 A red door. An elevator. We are inside. That’s how Anna Franceschini, the director of What Time Is Love, shows us into a weird and forsaken place. We are in Nuremberg, and it soon becomes clear that we are in a building where toys are tested with the purpose of getting the suitability for the European Community. The images follow each other as fixed shots: a dancing panda, a saxophonist reindeer, a plastic tractor, an elephant puppet. They are suffering many tortures, because even objects can be subjected to violence. Violence is the starting point of the director during the presentation of her short film in the theatre number 2 of cinema Massimo, where she confesses the feature of her work: she uses a metaphor between toys and human beings to explain how some, many, even too much humans have to pass the same test of those toys to become suitable. A tip for the audience to find an interpretation that it’s not so easy to achieve, while it’s easy to get lost into the aesthetic sophistication of the film.

Italiana.Corti’s selection of this year is multicoloured, and the second video projected is Horror vacui by Matteo Zamagni. It’s a very short film with a powerful sound which make it almost look like a thriller even if, within three minutes, natural images alternating with those done with computer graphics, confuse the audience which no longer know what is real and what is not.

Ultima cassa by Elettra Bisogno is a very short film too. The director in the theatre seems to be embarrassed while trying to tell us something about her work. The film is about her fortuitous crossing with shepherds-hunters in Teulada, in the South of Sardinia, where isolation has dragged them into a world that is too far away. 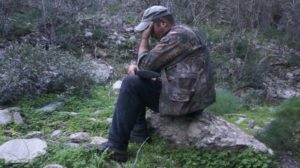 Among the four films that have been selected for Programme 2, the longest one is Et in terra pacis by Mattia Epifani, who’s from Salento. At the beginning of his presentation, he ironically says that his film is longer than 15 minutes, pointing out the hostility of the market against the short form. Et in terra pacis shows images of the CPT Regina Pacis, in San Foca, on the Adriatic coast of Salento, that ended up in the news during its activity from 1998 to 2006. A place well-known by the people raised in Lecce during those years, a thing that I can confirm since I come from there. This is the reason why Epifani’s film is valuable and, at the same time, delicate despite the theatricality of some scenes. The images that show us the dismantling of the place alongside the recording of the mistreated migrants’ interrogations, and the dark and dreamlike atmosphere of the scenes dedicated to the escape give us perfectly the idea of the director’s intentions.