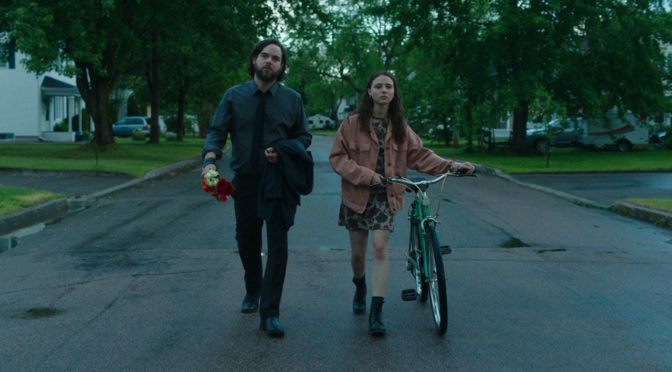 Sébastien Pilote presents a film that moves between lights and shadows, and socio-economic issues. The key to interpret the film and its characters is to be found precisely in the title, La disparition des lucioles: as communicated by the radio announcer, it seems that the fireflies have become extinct for unclear reasons but, certainly, because of mankind. They are small lights in the dark which transform the disquieting into something romantic, just like the protagonist, who lives in a city afflicted by the lack of work and closed in a generational immobility.

Karelle Tremblay, in the role of the teenager Léo, looks like a misplaced girl. An unpredictable, ironic, cynical and sometimes naïve character who lives in a split family environment due to the divorce of her parents and the unwelcome presence of the stepfather. Léo spends her life jumping from one hobby to another, but with no plan for the future.

Her approach to the world is that of a listless and emotionless outsider regarding her own future. These characteristics make her live a non-linear life, just like those white lines of the baseball field that, initially, she traces in an inaccurate way. Making the acquaintance of Steve (played by Pierre-Luc Brillant), a 40-year-old man, fond of heavy metal and guitars, she experiences a better environment than the one offered by her family or peers. Thanks to his calmness, his guitar lessons but, above all, his silences, he will know how to persuade her, helping her to put order in a life without clear plans. Then, a palpable alchemy grows between them, and culminates into a platonic relationship, represented with a vaguely retro poetic.

According to Léo, the city is populated only by young or old people; instead, the guitarist Steve stands between the two generations. He seems an outsider too, in this place of terraced houses and quiet, with his leather jacket and his passion for metal music. It is precisely for these characteristics that he will become the perfect partner of the protagonist. She will learn how to draw the lines of the baseball field; she will learn to be more responsible and to believe in her choices. However, the aim of the film is not to show the classic coming of age since the protagonist, still not remaining the same character met at the beginning, returns to be who she was.

Just in this lack of development, we can find the small flaws of a film which has many merits too. The captivating photograph by Michel La Veaux and the excellent performance of the protagonist keep alive a work that, perhaps, does not dare to delve into any of the proposed topics. The director moves between references to the economic crisis and that of the trade unions; between the irony towards a certain type of populist propaganda and a daily inner uneasiness of a teenager who pushes anything stable and solid away from her life. However, the whole point of the film is to praise the young Léo: in the darkness of the baseball field, where the dark was caused by her carelessness, the fireflies return to shine and dance. It is as if the director wants to convey the beauty of the unpredictable, of getting out of the ordinary. It seems like he takes side with the protagonist, at times annoying, suggesting that her beauty is to be like those fireflies: something rare and changeable, which shows its mystique in the unreasonable and fortuitous unpredictability of life.