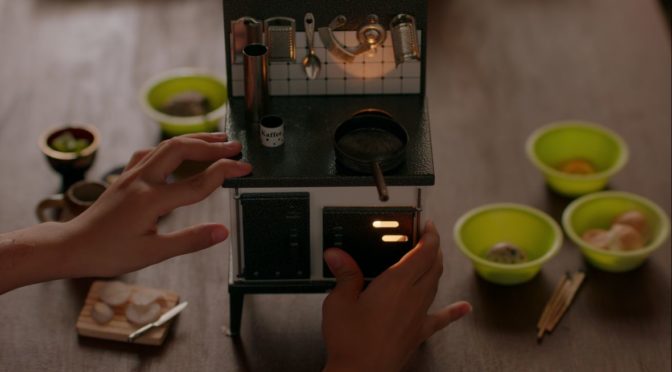 Shireen Seno’s second feature-length film is not the common coming of age. The director claims that she had the idea for it in a dream, and the relationship between real and oneiric and between interior and exterior represents the focus of the film. The audience witnesses a fundamental moment in Yael’s life, a shy child who spends her days alone waiting for her mother to come back home or listening to messages on tapes sent by her absent father. The main character’s obsessions, confusion and solitude are reproduced with the awareness of someone who experienced them and did not forget them. Seno told in a Q&A that much of herself has been poured into the character of Yael, both into her personality and into her experience of familiar expatriation. The growing  experience of the character in such a delicate moment of her life may echo something into every one of us. 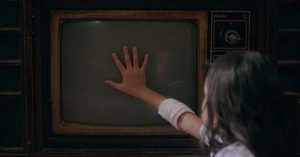 Children are by nature much more intuitive than adults and a clear distinction between reality and imagination does not exist for them: to convey this visually, real and imaginary elements are mixed in this film without continuity. Thus, the nervous translation of the title refers to the process of transferring imagination into reality and to the anxiety brought by the need of being understood by the others.

The growth experience involves not only the mental aspect, but also the physical one. Hence the work on scale done in the film: we find miniatures, such as the little kitchen with which Yael cooks tiny meals with tiny kitchen tools, and obsessive close-ups.

As for the growth concept, distances are both physical and mental. Yael’s parents are far away in different ways: one physically, since he lives in Saudi Arabia, the other mentally because she is cold with her daughter, for example forbidding Yael to speak to her for thirty minutes after she returns from work. Yael compensates this distance with television, which broadcasts a flow of soap operas, ads and news in the afterwards of Marcos’ dictatorship in the Philippines. Although Yael does not know what is happening in her country, she is enchanted by those advertised products promising her a better life. In such a context, Yael reflects on the worth of things, thus the obsessive recurrence of numbers. Moving is the ritual of the child counting and plucking her mother’s grey hair: she gives Yael 25 cents for each hair. Growth is an endless process and it concerns also adults, who are a mystery in Yael’s life.

The narration unfolds through moments and results willingly not cohesive. The child-sized spaces fall apart and time becomes circular because of the continuous repetitions. These elements allow us to enter Yael’s mind and to observe reality through her eyes, which are addicted to a television screen, yet alert and creative. Shireen Seno has undoubtedly reconstructed and translated vividly childhood restlessness and perturbations, a goal that is everything but easy to reach.