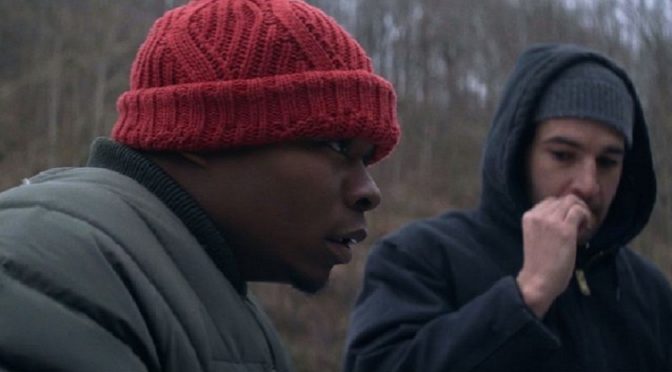 Loneliness is an emotion that you can feel in an empty room as well as in a square full of people. It’s a reflection of the private feeling of inadequacy, a physical limit that it’s hard to overpass.

Sebastián Silva is a young Chilean director who is now committed in the United States. After presenting another film  called La nana (The Maid  2009), now he returns at the Torino Film Festival in the After Hours section with his film Tyrel (2018), which has been presented at the Sundance Film Festival in a world premiere. In the United States this film has been defined as “the new Get Out” (Get Out, 2017, Jordan Peele). Tyler (Jason Mitchell) is an Afro-American boy who spends a weekend with a group of white guys, but he can’t fit in because he is black.

Every one of us has experienced a feeling of exclusion, sometimes because of people who are very different from us, people who don’t share our ideas or because of people we just can’t empathize with. Tyler sees himself as a stranger, an intruder, the new guy. This is the reason why he feels threatened and vulnerable. He’d rather isolate himself, just like the chalet where the story takes place, isolated in the Catskills mountains.

Tyler is the one who sees himself different from the others, he is unable to feel part of the group. It gets worse when the other people ask him to emulate the Afro-American accent of an old lady. Even if he is reluctant, he agrees to do so in order to make them laugh. When Alan (Michael Cera) arrives, Tyler begins to feel accepted. Thanks to alcohol, soft drugs and the friendship with Alan, Tyler becomes the life of the party but things get worse quickly.

Tyler is skeptical, he feels left out even if the other guys always try to make him feel included. Tyler’s sensations are understandable because in the United States many people still believe in “the white man supremacy”, even if the country is a melting pot of different people and different cultures. According to the character of Alan, the American President Trump himself agrees with this belief. It is no coincidence that the puppet to hit for the piñata game looks just like Trump. It’s undeniable that by watching this film you can feel the disquiet and the disappointment concerning the thought of breakup and discontinuity expressed by the newly elected President. His government appears to be very different from the one of his predecessor Obama. In a historical moment like this, when people are full of hate towards who is different from them, Silva’s movie is like a guiding light, which reminds us that we don’t have to feel like outsiders, that we don’t have to be afraid of other people and that they don’t necessarily represent a threat to us.