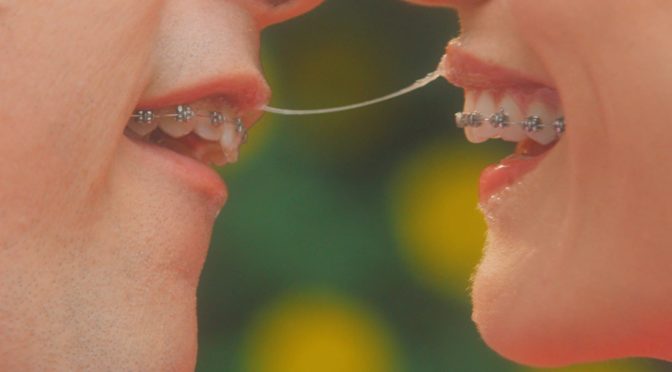 Jill (Jocelyn DeBoer) and Lisa (Dawn Luebbe), hectic mothers, trophy wives and frenemies, live in a small, thoroughly organized residential district, with disgusting pastel colors, where people go around with golf carts. Jill is a people pleaser, and she decides to give her newborn to Lisa, whom accepts: the people around the two women smoothly approve this exchange, and surreal events full of symbolic elements increase.

Greener Grass, screened at Sundance and Locarno Film Festival, was created by the actresses themselves, who wrote, directed and played in the film, surrounded by big names of American stand-up comedy, such as Beck Bennet and Neil Casey, respectively Nick and Dennis, the puppet-husbands of the two main characters. This results in a hallucinatory comedy with a grotesque taste and a delusional style, in line with the plasticity of The Truman Show, inhabited by unmanly men, women with lack of emotions, children transmuted in Golden Retriever, and Yoga teachers killers. Everyone has braces.

The title of the movie, Greener Grass, hides its satirical intention: it highlights the dissatisfaction caused by a mediocre life and the obsessive pursuit of perfection. The braces represent the current state of despair and the expectation of a perfect life, just like perfectly straight white teeth. A strong criticism of the contemporary materialistic culture is tangible: from the commercial of baby food which declare with pride that the food should be pre-chewed by mothers – to be sure of the origin of the food their children eat – to the popular television show “Kids with Knives”.

With a mixture of black humor and hilarious gag, Greener Grass draws a fine line between the portrayed dystopian and diabetic community and the reality where the audience live. It leaves you, after a sugar overdose, with a slight bitterness feeling.