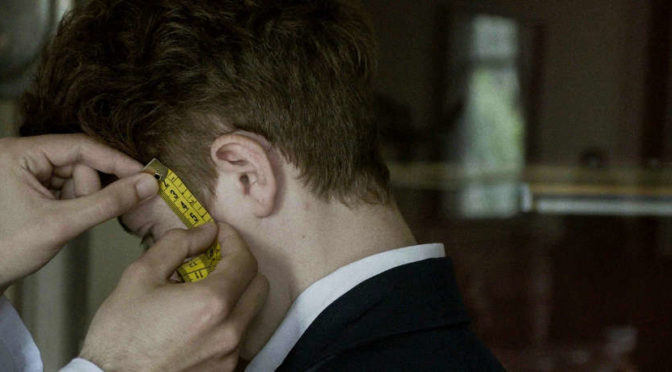 After Frastuono, presented at the TFF in 2014, Davide Maldi makes the second chapter of a trilogy on adolescence. The film, presented in the section TFFDOC/italiana, starts from a clear premise: the search for a context where teens are encouraged to learn a profession at an early age, and so grow up faster. For this reason, Maldi decided to follow the first school year of an hospitality institute class composed of five students.

This premise explains some of the shot choices. First of all, the choice to set the shootings almost always inside the school, leaving out every reference to the outside world and the private life of the kids: there are no parents, friends or leisure time, nothing coming from the outside. Secondly, the precise choices of the soundtrack, which does not only follow the scenes but gives them significance. The modulation of the drums and kettledrums, almost tribal, stands out especially: even if they seem to be outside context, this choice helps to highlight the initiation role of the school, that, like a ritual, molds the teenagers during this delicate age of transition to prepare them for adult age.

These two aspects, space and sound, contribute to create a claustrophobic and asphyxiating atmosphere, especially perceived by Luca (Luca Tufano), a student that stands out of the group for his difficulty to conform, to submit to the rigid rules this profession impose. Also this element is associated to a certain shot choice. The film seems to follow two parallel paths, that sometimes cross each other: the story of the class as a whole and Luca’s personal itinerary. Most of the film has a documentary slant, but when the focus is on Luca the film turns more fictional, with more elaborated scenes to bring out the savage and untamed character of the boy. His temper emerges especially in the mountains, as in the scene of the hunting that represents a little pause of escape from the oppressive atmosphere of the school.

This structure helps to empathize with the students and shows the subtended struggle of this educational path. This structure does not interrupt the story, on the contrary, it gives strength and cohesion, creating a linear and smooth story, but most of all an honest one.