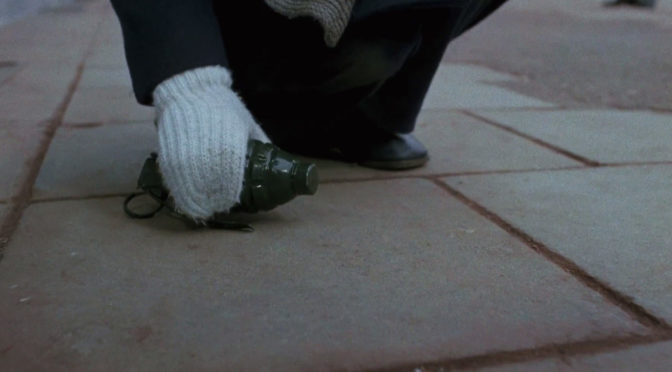 A diaristic voiceover adornes a steady stream of moving images: Ne croyez surtout pas que je hurle, in English “Just don’t think I’ll scream”, belongs to the cinematic trend of “spoken” films, in which the writer-director combines powerful images with meaningful words. Switching between personal stories and digressions, the director reveals some autobiographical events and private thoughts that led him to an almost self-destructive “addiction to cinema” from April to October 2016. During this short amount of time, he watched nearly 400 films, whose brief clips pieced together form the unique visual feature of the movie.

From breaking-up with his boyfriend, who lived with him in a remote village in Alsace, to reconciling with his dying father, from the holidays in Portugal to the description of the terrorist attacks in France, from the relocation in Paris to the socio-political issues in Europe, Beauvais tells stories that revolve around loneliness, existential doubts and total powerlessness towards a sense of an ever-growing oblivion. As a result, he develops a form of social autism that had him resort to the only solution he found: the cinematic bulimia.

The screening of Just don’t think I’ll scream is introduced by the short film Six Portraits of Pain directed by Portuguese Teresa Villaverde, once again at the Torino Film Festival after Colo shown at the 35th edition of Onde section. It is an experimental piece of work based on the namesake musical composition by António Pinho Vargas.

The main purpose of this film is to free the cinema industry from its financial and entertaining constraints in order to evoke its imaginative power and artistic value. No special effects are needed; Villaverde’s aesthetic is soaked in primordial sensitivity that perfectly depicts the painful events of our time. The images go hand in hand with the rhythm of the seemingly restless music that however manages to lead the audience through a mysterious dimension, in which one cannot only rely on the eyesight and, as the director said, you will fall in a state of “trance”.