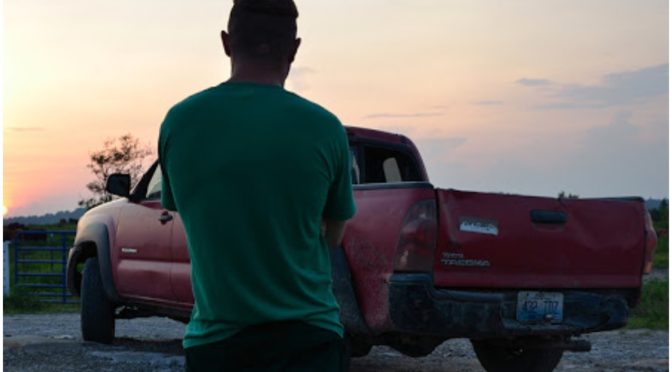 In the heart of the Appalachian Mountains, at an altitude of about three hundred meters, there is Talcum, a small, independent village. Brian Ritchie and his family have been living for decades here, where there used to be mines. They have seen the development of economic decline, environmental decay and social violence. Local people are called hillbillies, which means yokels, rednecks, a name that has become their identity. Among them, there’s Brian himself, who lives trapped between a mythical past and a future with no perspectives. He is one of the last witnesses of an endangered world, which serves as the inspiration for this poetry.

The film tells the story of Brian’s family basic yet harsh daily life, torn between the traditions of a legendary past and the inevitable modernization, which digital natives carry on here more slowly than in other parts of the world. Brian is nostalgic of his past, which seems as far in time as the age of pioneers; he firmly believes to have been part of “another world” and to be the last representative of a certain lifestyle and mentality. A deep, poetic aspiration towards something disappearing, which is portrayed through a detached and rational voice over. The direction by Diane Sara Bouzgarrou and Thomas Jenkoe refuse a classical narrative structure in favour of an approach which is as disorienting as finding ourselves in a completely unknown microcosm. Jenkoe portraits not only the family life on the mountains, but also a culture claiming for its identity, which is very far from the typical Western pace. Barren landscapes, animals -both friends and prey-, desolation, solitude and isolation of these lands and people are observed through monolithic shots which challenge the viewer and are made even more disorienting by the disturbing soundtrack by Jay Gambit. In this work, there is a grotesque undertone, especially coming from Brian, who states to be the last of his kind and, while staring at the camera, says: “You know us hillbillies already. You have all your stories and books. Everybody knows we’re ignorant, illiterate, poor, violent, racist, incestuous. And all of it is true”.