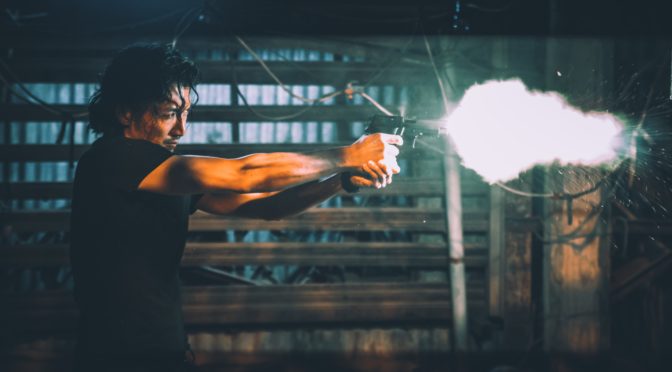 The incorruptible agent Cheung Sung-bong (Donnie Yen) and his former partner Yau Kong-nao (Nicholas Tse) portray two faces of the same coin: facing each other is more or less like watching your own reflection through an opaque glass without recognizing yourself. Their destinies, indissolubly interwoven, could have switched, if they would have made different choices a long time ago. But now that the past is knocking at their door the time has come at last to settle the score.

Raging Fire is Benny Chan’s last effort as a director before his death, that coherently places itself in the Hong-Kong film scene by taking on screen two actors who are returning to work together since their last collaboration from over ten years ago (Dragon Tiger Gate, Wilson Yip, 2009). Donnie Yen, popular for his role of Ip Man in the film saga of Wilson Yip (2008-2019), affirms himself as a well-rounded actor who gives his best when (finally) abandons firearms and moves to hand-to-hand combat. And yet, it is Nicholas Tse, in his role of a charismatic criminal in search for revenge, to steal the spotlight: with his crazy clear-headedness and a showy scar “Joker-style” on his face, the character of Ngo is almost a tragic figure, a villain created and disavowed by a merciless system.

As I was saying about the two protagonists, they are two faces of the same coin: a dichotomy that somehow reflects the geopolitical contradictions of Honk-Kong itself, always contended between Eastern and Western countries. Benny Chan seems to condense the facets, trying to define the borders of its own cultural identity and to finally accept that reflection which his protagonist always stares into without recognising himself.

From the frequent English filler words and the action scenes, up to the interrogation-confrontation between Cheung and Ngo that resembles a subtle tribute to The Dark Knight (Nolan, 2008), Raging Fire makes the formal contamination his own stylistic trademark. It turns out an “American film” dressed as an “Asian film” that owes a lot to the American superhero entertainment rather than to the Asian film tradition. A full-blown action movie that mixes with increasingly intensity dynamic chasing scenes, pyrotechnical explosions and choreographic deadly fights, but it seems that sometimes it is taking itself too seriously.