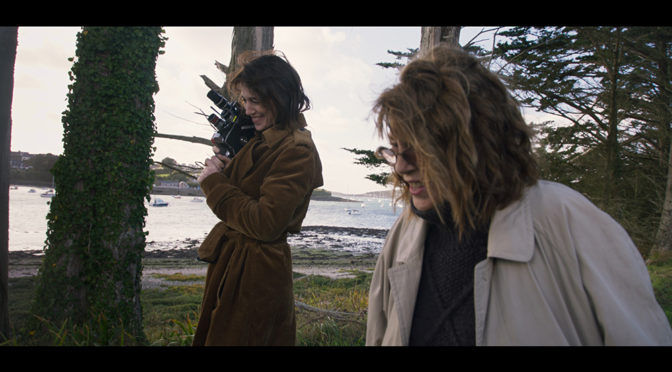 «Filming you with the camera is just an excuse to watch you», says Gainsbourg Birkin, with a sweet and quiet tone, during one of the first scenes of Jane Par Charlotte. The movie premiered at the 74th edition of Cannes Film Festival and was proposed again at the TFF39 in the “Surprise” section. It immediately crosses the cold boundaries of the biographic documentary, taking the form of an intimate and very lively conversation between mother and daughter. There lies the hiatus between these two identities which, like the hiatus between biography and autobiography, becomes more and more ephemeral, until it involves also Joe, Charlotte’s youngest daughter.

That generation gap – which might be the driving force of the movie – leads the actress (and also the director) to question the mother about the most appropriate way of being in the middle of the daughter-mother-grandmother triangle. Jane’s exhortation to intensify the sisterhood spirit opens the first crack in the wall of phlegm and modesty that separates the two women. That wall keeps falling apart throughout the movie.

The first and most essential diverging element between these two personalities is the relationship with their bodies: it is uneasy for Birkin, who still hasn’t welcomed her senility, and it is spontaneous (yet discreet) for Gainsbourg who is able to reinvent herself. The physical contact between these two presences is initially hesitant; Jane in fact states that she has always felt intimidated by Charlotte and her indecipherable aura of mystery and secrecy.Those irresolutenesses, which are subtle but perceivable during most of the movie, take shape in the viewer’s eyes during the scene of the concert rehearsals. At that moment, on stage, the two walked towards the same direction (the mother in front of the daughter) and a voice offscreen suggests to the first one not to turn back. This is a fortuitos instant that becomes a metaphor of their relationship.

Jane Birkin’s “denudation” proceeds thanks to the insightful questions of her daughter, who makes her relive the most significant moments of her life. She also encourages her to externalize (in a totally spontaneous way) insecurities and guilt as well as memories, anecdotes and especially a lively and hopeful nature. On the beach, a long shot of Jane slowly becomes a close-up, while offscreen Charlotte’s last and brief monologue expresses her intention to meet “again” her mother, finally starting from a hug.