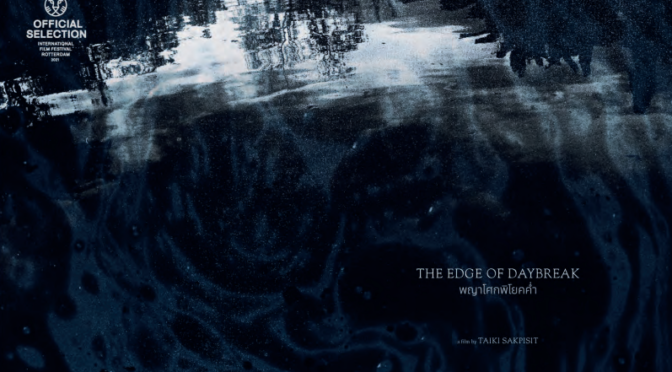 The Incubator section of the TFF39 presents the first feature film by the Thailandese film director Taiki Sakpisit. Starting from a birthmark on the neck, moving on to the body of a half dead little girl, until arriving to a candid white dress, the director creates the gelid portrait of a deep inquietude transforming it in pure poetry.

The essence of the movie are the black and white and the glacial photography which envelop the audience from the first seconds and makes it immediately clear how the preparation of the coup d’etat, which sustains the narrative structure of the whole movie, is indeed used, even more that a political subtext, as a pretext to explore Ploy’s weaknesses, which present themselves as the true fulcrum of the movie. Ploy is a restless spirit, she stays in a desolated house in order to share the last moments with her husband Parl, a political condemned man into exile because of his convictions. Both live a harsh relationship, promptly evoked by the thunderous noise of the branches moved by the wind. Along with Ploy we can find his brother-in-law, a man at odds both with himself and with the society, whom contrains him to miss out on his brother. The dirty water which invades the screen and seems to swallow the whole universe, and then it gets sucked into a common sink, it thus becomes a prompt representation proper to the opposition between society and families, to be intended as an allegory of the antithesis between public and private.

Light and shadow are fundamental for Sakpisit’s debut and they shall establish the subtlest dialectical game through all the several windows of the house that, in this way, turn into the best medium through which one can observe the world. The outside world does not correspond, however, to the one in which Ploy had lived. The main character is constantly haunted by ghosts from the past, as the coma she experienced after having risked drowning or the death of her father or, furthermore, the nervous breakdown of her mother. The many memories that resurface in her mind and in her heart are relentless and she can do no more than reliving them with anxiety, knowing that she won’t be able to get rid of them.