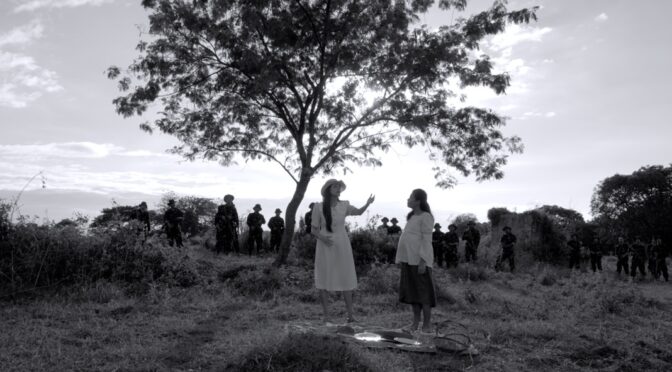 The Philippines, 1973. The Monzon family, one of the country’s most prominent industrial dynasties, is facing a dramatic transition. Their elderly patriarch, Servando Monzon III, is dying from pancreatic cancer and his heir, his grandson Servando VI, is tasked with running the family sugar plantations under Fernando Marcos bloody repressive regime. Their destiny will eventually cross that of a young serial murderer sentenced to death.

Lav Diaz’s intention seems clear right from the opening credits: to make, as he himself states, a “novel-film” from the family saga of the same name by Filipino author Ricardo Lee.

Presented out of competition at the 79th annual Venice International Film Festival, the film takes up many literary topoi: the high-ranking lineage of the family that is centrepiece of the story, a historical background more or less influencing the choices of the protagonists, a tormented love between members of different classes and family secrets that will be revealed as the narrative goes on. Diaz elaborates all this through a style that has made him popular among film buffs all over the world over: black and white photography, fixed shots, and dilated time frames.

Yet, for the most part, it is the story rather than the way in which it is told that dominates the scene. A tale of ‘Filipino violence’ indeed, focusing on the bloody events in which the Monzons played a role over the centuries, and that do not seem to find an end. Diaz’s direction, although immediately recognisable, is almost invisible as it is put at the service of the story, its linearity, the melodramatic tone of the events embodied by characters and density of happenings.

However, in certain moments – ‘few’, actually, considering its seven hours of duration – the personality of the director emerges in silent, intimate, and nocturnal contemplative moments, poetic, fresh and almost unrelated to the narration, but above all in his attention to the history of his own country, the true protagonist. Through what at first glance would appear to be post-production oversights, such as sudden dips and rises in the audio, out-of-sync, rustling microphones on clothes, Diaz gives substance to the cracks in history letting them creep in amidst the rigorous images. And it is precisely these ‘out-of-tune’ sounds that make of this film an echo of the true lives of those men and women who inspired this tale.