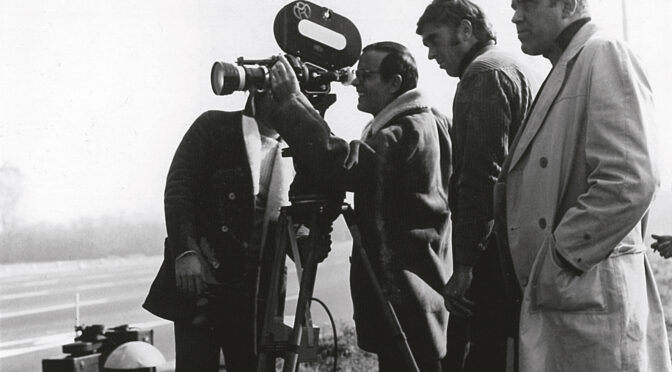 TFF40’s Back to life section dedicated to film restoration proposed a diptych of particular interest on Italian polar, restoring two of its rare gems to their original splendour. Made at a distance of time and with different characteristics, the two films are united by the cold reception they received from critics and audiences at the time of their release and then rose to cult movie status.

Milano calibro 9 (1972) today represents not only the pinnacle of Fernando Di Leo’s career, but also the only Italian polar film of the period able to hold its own against the vaunted American and European crime films (between 1970 and 1972, masterpieces such as Friedkin’s The French Connection, Melville’s Le Cercle Rouge and Hodges’ Carter were released). And we would be talking about perfection if it were not for the Manichaeism of some scenes between the commissioner (Wolff) and his deputy (Pistilli) imbued with cheap socio-political rhetoric.

The restoration presented by the Centro Sperimentale di Cinematografia – Cineteca Nazionale has the great merit of restoring the overlays of the hours and days wanted by the director for the cyclical development of the plot (the title that was originally chosen was “Da lunedì a lunedì“) and of restoring the right visual and sound polish to the events of Rocco (Adorf), Nelly (Bouchet) and, above all, Ugo Piazza (a granitic Moschin), the victim, or diabolical architect, of a violent redde rationem in the organised underworld of Milan (this will become clear in the finale with a splendid triple act). The digital copy enhances the masterful direction aimed at dictating the tight rhythm (Di Leo himself, without modesty, stated “no one in Europe, apart from Melville, had the grit of an American cut that I had”) and the faithfulness of the screenplay to Scerbanenco’s anthology of hard-boiled tales from which it is based.

The picture of the acknowledged progenitor of the Italian-style detective film is completed by the neo-realist setting in which a gallery of extraordinary pulp characters act (Tarantino, by his own admission, will draw on this with full force), the pressing music by Bacalov and Osanna, and the creeping underlying determinism.

Nevertheless, one has to shift to Turin thirty years later for the other submerged and ‘cursed’ neo-noir.

Tre punto sei (2003), the debut and only feature film by the late Nicola Rondolino (son of the well-known film critic and historian Gianni), due to a series of production and distribution issues, it required a delicate recovery operation by Cinecittà, the National Cinema Museum of Turin and Augustus Color, who aimed at overcoming the obstacle of the absence of an original negative.

A versatile and much-loved figure in his hometown, who died prematurely in 2013, Rondolino immediately demonstrated an uncommon talent in his debut picture (but only few noticed it), bending genre clichés into a narrative that is not ordinary thanks to a contemporary style composed of dizzying ellipses, telluric action scenes and meaningful dramaturgical moments of clashes between the different characters. The vivid coherence of the multi-ethnic criminal imagery set in the Turin neighbourhood of San Salvario strikes a chord, avoiding the traps of the most retrograde racial prejudices, while the intense Binasco stands out in the role of the corrupt policeman madly in love with the woman contended by his best friend (a darker-than-ever Giallini), a disillusioned gangster in the service of a sui generis drug clan (an interesting experiment in quotations from The Sopranos).

The rediscovery of Tre punto sei is therefore a necessary step in the 40th anniversary of the festival that saw Rondolino as selector for a long time, regretting what he could have given to our cinema.