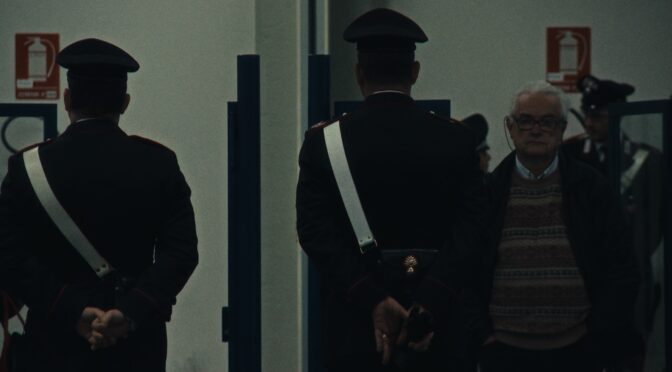 It is the 27th of February 2012 when, during the eviction in Chiomonte, Luca Abbà climbs on a high-voltage pylon: the aim is to slow down the operations of expropriation carried out to widen the construction site of the tunnel, of that “great strategic work”, still pending to this day. The contact with the high-voltage cables causes him to fall ten metres. Although unconscious, his body keeps being traversed by electric shocks. He has a punctured lung. He goes into a deep coma.

This highly significant episode for the entire No TAV movement opens La Scelta, the documentary by Carlo A. Bachschmidt which examines the reasons that drive individuals to form a solid community, event at the risk of compromising their personal freedom. In telling the story of a movement that has been fighting for its territory for thirty years now, Bachschmidt devotes particular attention to the individualities that compose it, outlining through their personal stories a broader path: that of a Valley that resists, that “leaves and returns together”. Reasoning about the meaning of political militancy, the director gives each of his protagonists the chance to express themselves without the fear of being discredited, reflecting on the reasons for the ‘no’ and on the sense of responsibility in an intimate narrative with no interruptions. Bachschmidt sculpts visually the marked faces of his protagonists and documents with blatant tenderness some disturbing actions (the floral decoration used to colour the barbed wire is emblematic) up to the harsh judgements received at the court of Turin. The montage, alternating the alpine beauties with the cold concrete of the construction site, effectively insists on the ecological damage resulting from the building of the tunnel, just as it happened with the construction of the motorway in the past, an alien architecture keeping a menacing watch over the site.

Presented as a world premiere at the 40th edition of the Torino Film Festival, La Scelta is part of the new “Of Conflicts and Ideas” section, whose objective is a “demanding confrontation” with past and contemporary political action. It is in the intimate shooting method and in the choice of not only recounting the great demonstration often associated with the No TAV movement that the film succeeds in capturing the most genuine and profound essence of its struggle. What is needed to choose to participate in a revolution? Bachschmidt gives an answer that expands the context the Susa Valley, universalising the matter in a moving apology for freedom that includes all forms of right to dissent. Aligning himself with the exhortation Abbà writes in a letter to his comrades from the hospital, he seems to tell us that three important elements are required, meaning the three parts into which the film is divided: strength, courage and joy.