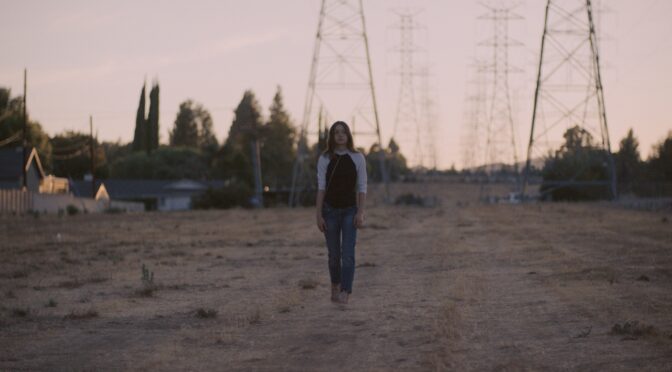 “Don’t murder me, okay?” With these words Lea (Lily McInerny), a 17-year-old girl, responds to the proposal of Tom (Jonathan Tucker), a man in his mid-30s, to drive her home after a bad night out with friends. The tone in which Lea utters the sentence is ironic, but her lost gaze conceals an underlying reticence. Perhaps contained in that moment of carefree interdiction is the core of Palm Trees and Power Lines, Jamie Dack’s debut feature, which has already won Best Director at the 2022 Sundance Film Festival and was presented in competition at the 40th Turin Film Festival.

The film presents a glimpse of Lea’s life during the last weeks of summer before school starts again: her everyday life in the American suburbia bores her, her friends are childish and immature, and her relationship with her mother Sandra (Gretchen Mol) – the only member of her family – is becoming more tense. Meeting Tom shakes the girl up and offers her an escape from her reality. Lea is fascinated by the fact that Tom is older but at the same time she does not let herself go completely. Tom acts like the perfect boyfriend: he woos her, gives her gifts, and takes her to the beach, but he hides a dark side that Lea decides to ignore and that will lead her to come to terms with a painful trauma in the finale.

The political intent of the film is clear but does not cloud either the form or the content. The work, in fact, deals with such edgy issues as child grooming and the difficult reality of many families in the American suburbs. Furthermore, it also features many burdensome lines, the majority of which are delegated to Lea’s character. To bring an example, she says, referring to her mother, “Some people shouldn’t have the right to have children”. At the same time, the work offers some rather unusual formal solutions of the coming-of-age drama. Jamie Dack, in fact, forgoes stylistic virtuosity to offer understated, unadulterated direction, demonstrating a desire to communicate a need, indeed an urgency in narrating certain events rather than dwelling on the visual component. The clean, static look of Dack’s camera not only offers new possibilities to the representation of the genre, but also showcases the originality of the director’s work and the courage with which she affirms a personal and authentic vision even from her first work.