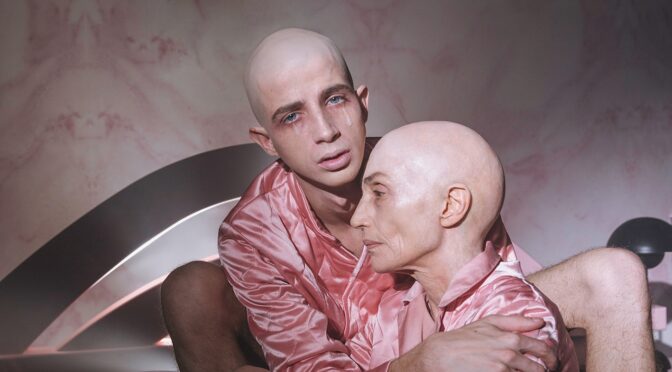 When Mateo (Manel Llunell) is diagnosed with brain cancer, his mother Libertad (Ángela Molina) gets the chance she was looking for: Mateo is now harmless, in need of care and attention that only she can give him. Eduardo Casanova proposes an Oedipal love story with his second full-length-film “La piedad”, presented in competition at the 40th edition of Torino Film Festival.

Mateo never leaves home without his mother, they sleep together in the same bed, and whenever one of them gets sick, both of them experience symptoms. Their personalities are blended to the point that they sometimes get swapped or one merges with the other; they laugh, cry, and suffer together. Mateo was born to satisfy his mother’s need to be essential for someone. What scares Libertad is the prospect that one day her son will grow up and be independent, take a bath on his own, and leave home. She wants him to stay in their little bubble in which she breastfeeds him and nurtures him forever, even though he is a grown man. The relationship between mother and son is compared with the parallel story set in North Korea, where dictator and subject cannot live without each other. Firstly, Mateo’s absent father plays the tyrant’s role, as he appears in Mateo’s dreams in the place of di Kim Jong-un while killing a unicorn, but the son will soon realize that the real cause of his discomfort his is mother.

As it is true with his first work, Skins (2017), Casanova is not scared of showing images that bring cinema back to pure visual art, building a voyeuristic relationship among the viewers that ask themselves whether they want to keep looking at the screen or not. The colour pink dominates the scene, exposing and dissecting the characters’ unspeakable secrets. They lose their humanity and become torn, sick pieces of flesh. The director is much interested in psychic anomalies rather than physical ones. Therefore, Casanova investigates the result of the combination of two psychic disorders: firstly, the Münchausen syndrome by proxy is the syndrome which leads Libertad to keep her son in a sickly stage by secretly drugging him, and secondly, the Stockholm syndrome that leads Mateo back to his tormentor, his mother. The son’s Oedipus complex, which makes him hate his father (whom he replaces) without even knowing him, contributes to the couple’s toxicity. Moreover, even though his mother is the cause of all his misfortunes, Mateo cannot survive without her, since he does not conceive anything except the morbid love that has accompanied him from birth.