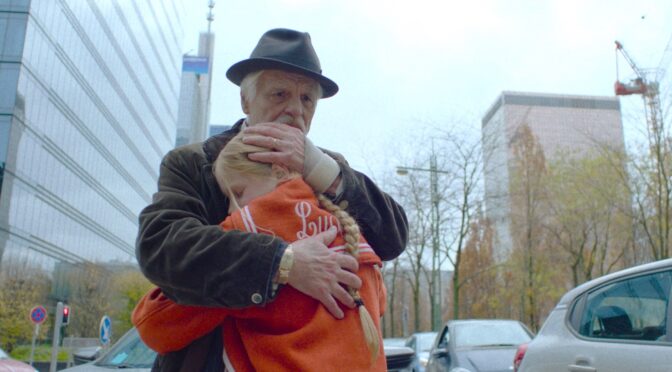 Having a proper compass on which one can rely can often prove to be a necessity in order not to lose one’s way too much; especially in a society which changes its skin year after year. Sometimes the right compass can be found close by, in one’s own backyard, in the apparent simplicity of a sentence spent by a person close to one’s heart; at other times, it is necessary to move away, especially if one’s loved ones, or at least those who once were, have emigrated, crossing borders, hoping for a better future.  Daniele Vicari’s Compass for over ten years was Ettore Scola and Orlando, presented out of competition at the 40th Turin Film Festival, is dedicated to him.

Cut and sewn around the protagonist from whom it borrows its name, Orlando tells the story of an elderly Sabine farmer, acutely aware that he is not from Ciociaria, but at the same time unaware that he is European. His son Vittorio’s desperate call for help at the village bar uproots Orlando from his loneliness and forces him to cross foreign thresholds, where the earth changes and becomes concrete, where certainties are hidden and doubts arise. When he arrives in Brussels, it is now too late. Vittorio is no longer there. His place is taken by a ‘brat’ named Lyse: a niece whose existence Orlando has always ignored and a compass that will soon dictate his path.

Both Orlando (Michele Placido) and Lyse (Angelica Kazankova) have the same problem: they have to fight a war. Like any self-respecting war, it too cannot be fought on equal terms and, often, the subtle difference that which the balance in favour of victory rather than defeat is dictated by one’s ability to adapt to the context one finds oneself in. Orlando’s context is undoubtedly different from Lyse’s one, but both chase a future, which cannot exist without accepting it and whose past is the framework on which it must be founded.