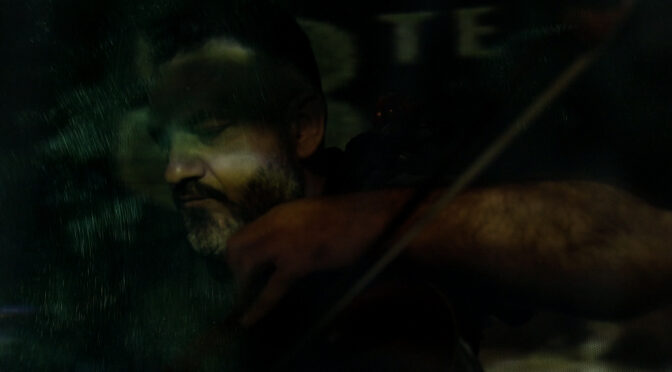 Albania, 1985. After 40 years of indiscriminate exercise of power, the dictator Enver Hoxa died, creating a still unbridgeable void in Albanian politics. Under his leadership, the country experienced some of the darkest pages of its history, and the repression was followed by a diaspora of anything but modest dimensions, with Italy as one of its points of reference in many cases. Redi Hasa, a professional cellist who has been active in Italy for many years, was one of the protagonists of that diaspora and, through his speeches, the consequences of those forty years on the individual and the community are analysed.

And it is he whom Esmeralda Calabria – editor, among others, of Nanni Moretti and Giuseppe Piccioni -, in her first attempt behind the camera, uses as a “cicerone” for her story, rejecting the convention of so much cinema of the real of having only one narrator and choosing instead to make him converse, in front of the camera, with friends and relatives who have experienced what he experienced.  In front of the camera, therefore, anecdotes and considerations are made between the participants, thus making the narration fluent and colloquial, and avoiding any didacticism; art, politics, ideals and identity are discussed with respect to what one is and what one wants to become.

But before looking forward, Calabria seems to want to say, one must necessarily look back, and thus return to the ‘scene of the crime’, Albania, where among the still standing vestiges of that infamous past, the wounds are still open, and one continues to wonder, even when nothing wrong has been done, if more could not have been done; all the while, as some of those interviewed recall, none of the real perpetrators has ever apologised for the atrocities perpetrated. “That was not communism,” says one former theatre actress interviewed, “it was dictatorship pure and simple“. And it is precisely the films featuring the leaders of that dictatorship that become the privileged material for Calabria who, with a thirty-year career in post-production, succeeds in making unprecedented, almost expressionist use of them: projecting them now on the wall of a cave, now on a brick wall, the director effectively evokes that climate of closure and terror from which Hasa (who, born in 1977, knew the period of instability following the fall of the regime better than the regime itself) escaped, and like him thousands of others.

Yet, even after landing and making a career in Italy, the guilt remains: guilt for having fled, guilt for not having done enough for his country in perpetual political crisis, guilt for having left his parents; and a feeling of perpetual statelessness persists. Only a direct confrontation with his homeland, strengthened by what he has learnt on the other side of that wall, as happens in the powerful finale, can put things back on an even keel.