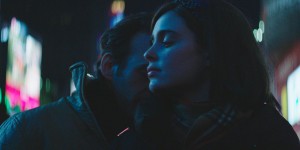 Felix and Meira are completely different. He leads a life without responsibilities and family ties. His only concern is to squander the legacy of his father. She is a young Jewish woman, married and mother of a child that lives bored inside of her community. There is no strange connection between them, yet they meet by chance and fall in love.

Although set in a present-day Montreal, this romance unfolds like an episode set in another century. From the first shots, you notice the strange dresses in this Jewish community that recall the costumes of the past century. The women wear clothes that do not emphasize their femininity and their task within the community and their family is very narrow: they must ensure procreation, sometimes giving birth to six, eight or even fourteen children.

However, all these things fit Meira snugly. She loves listening to contemporary music, drawing and living like a normal person, but her husband forbid all these activities. When she meets Felix, his extravagance manages to conquer her heart, while undermining all the certainties of the woman. 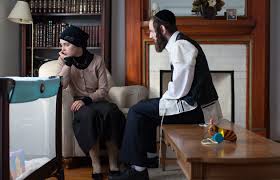 ‘Felix et Meira’ is the third work of the director Maxime Giroux, who has already participated at the Turin Film Festival in 2008 with his first full-length film ‘Demain’.

The director states to have shot this film taking into account the vulnerability and restlessness of the characters, trying to follow with the camera all their movements and trying to seize their humanity. He portraits a love story that seems difficult, and yet stronger than any social restriction. Within the film nothing is emphasized, not gestures, not words nor their love. It is a pure and silent love that looks for a way out to get in with the long-awaited happy conclusion.