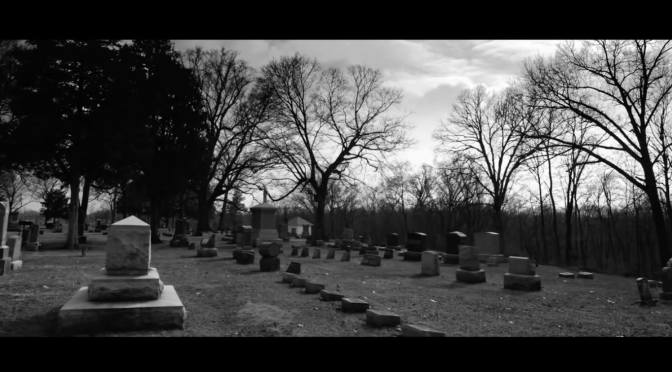 Nene Grignaffini and Francesco Conversano dedicate a film to the Spoon River Anthology to celebrate the hundred years from the publishing of the famous poetry collection by Edgar Lee Masters. The movie was shot in Lewiston and Petersburg, Illinois, where the current inhabitants of those places read the compositions in their houses’ rooms. Slow pace, even too much sometimes, but a particular idea for sure. 104 minutes of traveling through small towns which tell the tale of the provincial America and the lives of those who live there.

All of the characters who read one of the epitaphs, identify themselves with one of the protagonists from the book, as if the latter were speaking of their lives too.

“All, all, are sleeping on the hill.”

Time is still, and the film moves from house to house, listening to the story of everyone. The feeling is that the inhabitants of the two cities are lazily living their lives, stuck like the Spoon River characters, who, and here lies the difference, were dead. As it is well known, life in suburban America can be many things, except easy and fun. This narration is a clear example of what means living isolated and almost imprisoned in cities, which might be big under the aspect of territorial extension but empty and not interesting on a cultural level.

One of the Lewiston citizens reads one the most touching sentences from the Anthology:

“It takes life to love life”

This to say that a certain kind of spirit is needed to love life, despite living there.

The Spoon River Anthology is a work written in 1915, which is still very contemporary today: George Gray said:

Yet all the while I hungered for meaning in my life.”

And I think that this is a very common thought, shared by anyone of us, just like it is by the characters of the movie.

The work of Grignaffini and Conversano is entirely focused on this aspect, i.e. passing on the hunger for life and the willingness of persons to tell themselves, in order to give life to an film that, although not easy in its comprehension, is moving and makes one think.