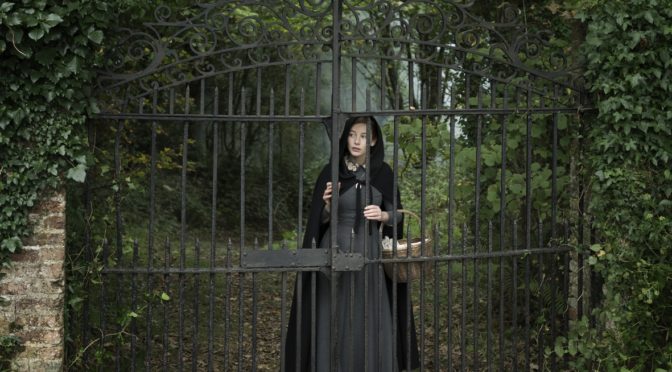 1920s. Next to a lake, in the middle of nowhere in the Irish countryside, stands an old crumbling mansion, where twins Rachel and Edward live. The lives of the twins, entangled in a morbid relationship, are constantly plagued by a curse that has been lingering over their family for generations. Every night, ominous forces that inhabit the bottom of the lake invade their house, and compel them to meticulously follow some rules: always be in bed by midnight, never let strangers inside the house, and never try to escape in order not to jeopardize the other sibling’s life.

While Edward is completely subjugated and unable to fight to break the spell, Rachel, now eighteen, is becoming more and more frustrated. She wants to get away, to finally be free and build a normal life for herself. When the girl falls in love with Sean, a young war veteran, and starts breaking the rules, a terrifying battle between the main characters and the evil creatures of the mansion breaks out. 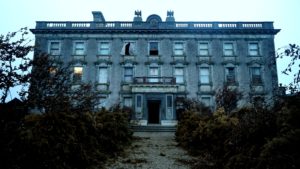 The Lodgers, the second feature film by Irish director Brian O’Malley, is a gothic horror movie whose strength lies in the suggestive atmospheres and settings. The director, a scholar specialized in sculpture, shows an impeccable aesthetic taste, and manages to create a film of great visual impact. Filmed inside the old Loftus Hall, considered to be the most ghost haunted house in Ireland, with a careful attention to locations and lighting, this horror succeeds in being evocative and in generating a sense of apprehension. At the same time, however, the narrative structure appears to be somehow meager, leaving the audience thinking that the story struggles to take off and that, in the end, not many things actually happened.

As confirmed by the director during the press conference, the film also aims at exploring the themes of female psychology and emancipation. The main character, played by the great Charlotte Vega, is a heroine who wants to be free from her family and cultural heritage, in order to build a future for herself by her own efforts. The female emancipation becomes a metaphor for the liberation of Ireland itself, a country that, in 1920, must leave behind a painful past, shape its own identity and define its destiny.

Even though The Lodgers is not the most original work in the “After Hours” section of this TFF, it is nonetheless a film that can be praised for its gothic aesthetic (not very common in the horror movie industry of the last few years) and its visual richness. Recommended to all fans of ghost stories and spooky settings.