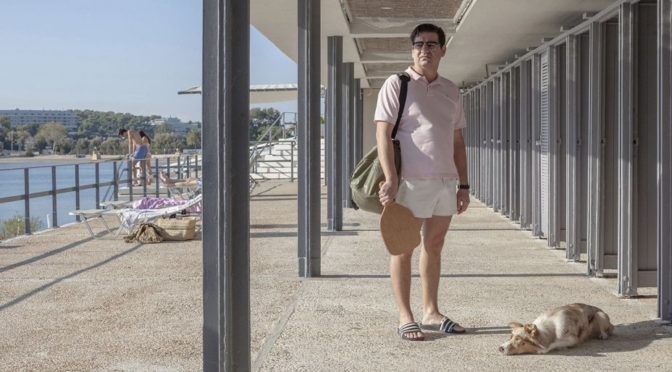 People respond in different ways to accidents, tragedies or griefs: those who directly experiences them are immerged in contrasting feelings of denial and anger, which gradually transform into acceptance. Whereas those who are not affected by pain try to support the former, showing compassion and trying to lighten the pain of those who suffer.

The main desire of Oiktos (Pity), of the Greek director Babis Makridis, is to provoke in the viewer a delicate, but also unexpected reflection about the condition of pleasure aroused by pity. A lawyer is waiting for his wife to wake up from a deep coma and everyone is kind with him: the neighbour who brings him an orange cake every morning, or the man in the laundry who takes care of his shirts. The attentions and kindness he receives, vanish when his wife wakes up: life returns to normality, people stop taking care of him and this arouses a feeling of anger and humiliation, because he realises he’s invisible to the eyes of others again.

That of Efthymis Filippou, writer of The Lobster (2015) and The Killing of a Sacred Deer (2017) by Yorgos Lanthimos, is a wise writing, which builds a text able to branch first in the drama, then in the black comedy and finally in a cruel thriller that reminds the viewer the disturbing silences of Lanthimos’ films. 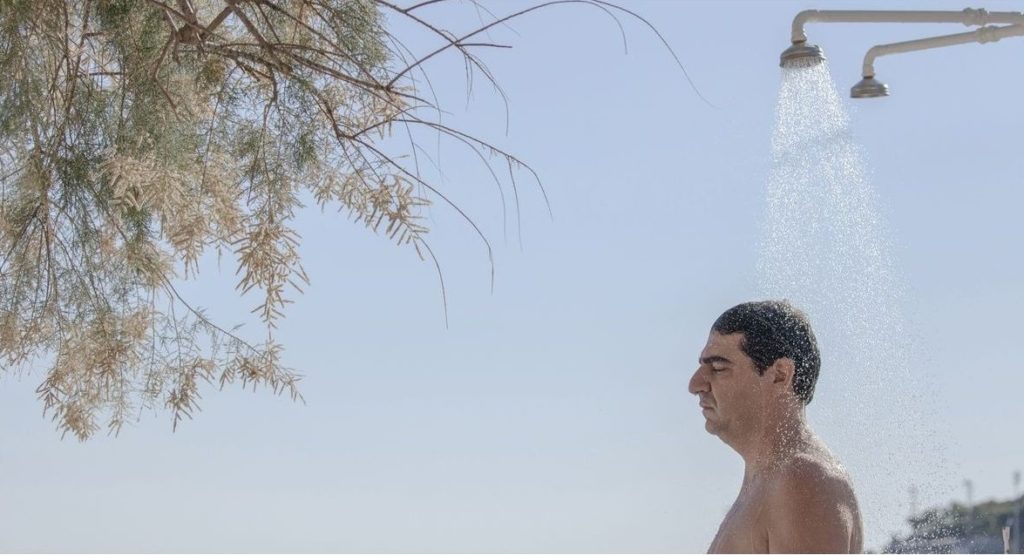 The protagonist, played by John Drakopoulos in a film frame.

The reasons of the layer’s behaviour can be spotted in the education he has received from his father: it is not worth despairing and crying for something or someone (it does not matter if it is his wife or his dog), one must let it go and focus on what is left. The tears are empty. So, the layer can no longer connect with his pain; but he needs it, as well as the compassion of others. And these elements are precisely realised in a ruthless conclusion in which the faults of the fathers are poured on those of their children.

Among the engine of this narration, there is  the Greek crisis too, as underlined by the actress Georgina Chryskioti (the protagonist’s neighbour in the film) at the press conference: “This film reflects how the economic crisis of Greece pours into human relationships: a crisis of values that keeps people away from each other and crystallises happiness, revealing the deep suffering that characterises the real human essence”.

Oiktos is a film characterised by the absurd, loved by the Italian cinema of Marco Ferreri, and by Schopenhauerian visions, closed in geometrical frames at the service of unexpressed emotions. Oiktos plays with the feelings of his characters and those of the spectators who, when the projection is over, perceive their emotions manipulated in a weird game guided by masochistic laws. Oiktos is the black pearl of the feature film section in competition at the Turin Film Festival. The only advice is to go and watch it.