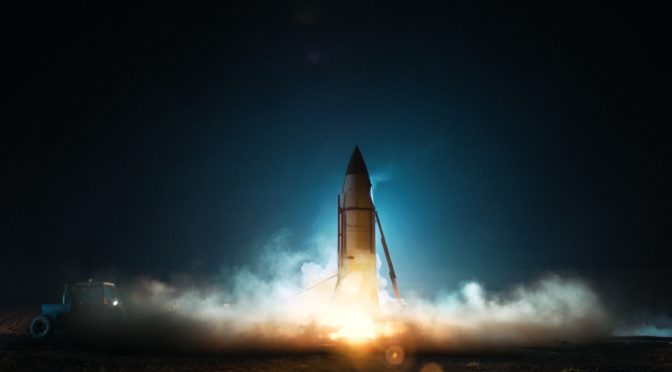 After his debut as a director with Finchè c’è prosecco c’è Speranza (2017), Antonio Padovan presents his second film, which is an atypical combination along the lines of Spielberg’s science-fiction films and Italian comedies, not to mention the great influence of director Carlo Mazzacurati, with whom Padovan shares roots.

Il grande passo follows the lives of two brothers, Mario (Giuseppe Battiston) and Dario (Stefano Fresi), as they grow unexpectedly close. They had only met once as kids and now, they suddenly find themselves making up for a lifetime of missed opportunities. However, the film essentially explores dreams, the kind that are too big and unachievable to lead to craziness and obsession, so powerful to shape every aspect of life, making you forget even your basic needs and the world outside. In a nutshell, the film can be summed up by a scene in which Mario asks his brother: “Do you know what separates humans from animals?”. “Dreams” he says answering his own question immediately after. Mario’s dream of travelling to the Moon is so big that his fellow citizens give him the nickname “Lunastorta” (“Luna” being “Moon” in Italian). Not surprisingly, the opening scene anticipates Mario’s dream with a sequence of remarkable images as a tribute to the most famous alien films. In this wonderful combination of settings and special effects, a rocket ready to be launched to the moon stands out in a cloud of smoke, blinding lights and deafening noise. This imaginary immediately makes way for the traditional Northern Italian landscapes and elements of the light comedy genre, that are the perfect ground on which the brothers’ relationship develops. The story suddenly comes full circle in the end with the imaginary coming back into the spotlight. Padovan’s ability is such that he was able to combine two completely different genres in a remarkably well-thought-out film.

The great chemistry between Giuseppe Battiston and Stefano Fresi, who worked together for the first time as co-protagonists on the big screen, contributes greatly to the success of the film. Both portray flawlessly the roles of the two brothers who look so similar yet have very different personalities and lifestyles.

The film ends leaving the audience the message that no dream is too crazy to be achieved.