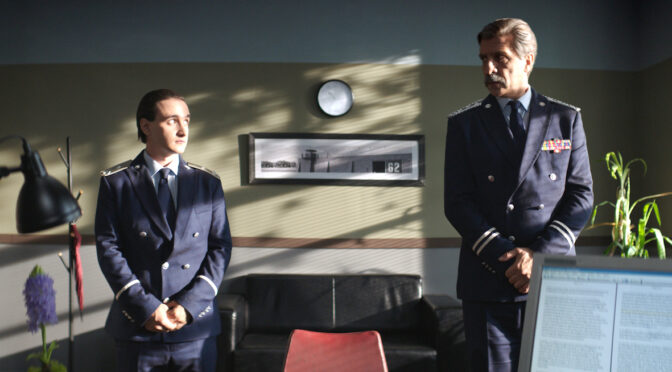 The oyster that remains attached to the rock on which it was birthed by fate will live peacefully. The oyster that instead ventures into the unknown in search of fortune can only end up swallowed by the ocean. This is the so-called “Ideal of the Oyster”, which is essential in the events of “I Malavoglia” by Giovanni Verga and of “La Lunga Corsa”, the second movie by director Andrea Magnani and the only Italian feature film in competition at the fortieth edition of the Turin Film Festival.

Giacinto (Adriano Tardiolo) was born and raised in prison, the only environment he recognizes as home during his training process. Abandoned by his parents, he is looked after by prison guard Jack (Giovanni Calcagno), who becomes his figure of reference. However, Jack would like Giacinto to go out and make a living away from the bars and narrow corridors through which the boy enjoys running despite it being forbidden. Thus, he takes him to a family house which, however, is more of a prison for the child than the prison itself. As soon as he gets the chance, he runs away and attacks a man to get arrested and be able to go “home”, but he discovers that children cannot go to prison. So, he tries again on his eighteenth birthday. Jack understands that Giacinto will never change his mind and has him hired as a guard in the penitentiary, which thus becomes a place of work, lodging and recreation for him.

If “Easy – Un viaggio facile facile” (2017), Magnani’s first work, was a classic road movie, here instead a static journey is presented: Giacinto runs for hours but never moves, he remains inside his miniature “Matrix”, preferring the blue pill to the red one (colors that, among other things, are recurrent in the film). He wants to stay locked up in his cave because he sees nothing interesting in the frenetic stillness that pervades the exterior, where people seem to do nothing but run aimlessly between circling buses and construction sites that have been standing still for years.

Jack tries to get Giacinto to escape from what he sees as a mental cage without realizing that he himself is the first of the prisoners chained to a life that doesn’t satisfy him and from which he tries to escape by drinking in the evening. Giacinto doesn’t run to escape or to win a race; he runs to run, unlike those like Jack who would like to flee, but stand still in their perpetual unhappiness.