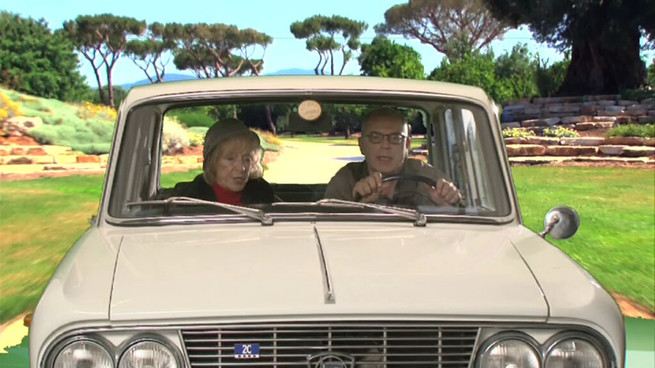 Documentaries have often been overlooked or dimissed as not suitable for cinema screenings on the grounds that they are too specialized, although they bring to the big screen unknown or intentionally ignored realities. Conversely, after his succesful Noi non siamo come James Bond, which gained him the Jury Prize at TFF 30, Mario Balsamo makes his comeback in Turin with another slice of his life: the documentary Mia madre fa l’attrice, one of the four Italian movies in the main section of the festival.
No polar bears or exotic indigenous peoples then, here we are in fact presented with a typical emotional connection, the one between a mother and her son. Since the dawn of times, this indissoluble bond has always been subject to study, and this is still the case today. Either audiences are not tired of listening to the same old story, or perhaps a universally accepted definition has not been agreed upon yet.
Mario Balsamo shows us the very self of his mother: a tough character, a troublesome person, the woman he loved most in his life. He also reveals the difficulties in their relationship: they seem to have become more distant than ever, separated by a wall of mutual incomprehension.
However, sometimes something happens that teaches us how to look at life from a new perspective and after the events he related in his documentary in 2012, Mario is not the same man anymore. He wants to reconnect with the multifaceted woman and be finally able to love her not just as an actress but also as his mother. He takes the most important film in which his mother acted in the 1950s, Piero Costa’s La Barriera della legge, as an opportunity to get close to her again through their shared passion for the film art. Costa’s film is a constant remembrance for Silvana and an obsession for Mario, although neither of them has ever seen it.
They embark on the search for this cinematographic work, that appeared to be no longer available and that they will eventually find uninteresting once they get to see it.
But it’s a well-known fact that it’s the journey that counts. They go on the road in a Lancia Fulvia 810, around Pietrasanta and Versilia, visiting the very same places where Silvana would display her talent many years ago. We witness amusing and moving dialogues, halfway between reality and fantasy, gradually leading to a reconciliation which results in a long-awaited hug. A happy ending for the director, who may finally manage to see in Silvana Stefanini a mother, rather than just an actress.